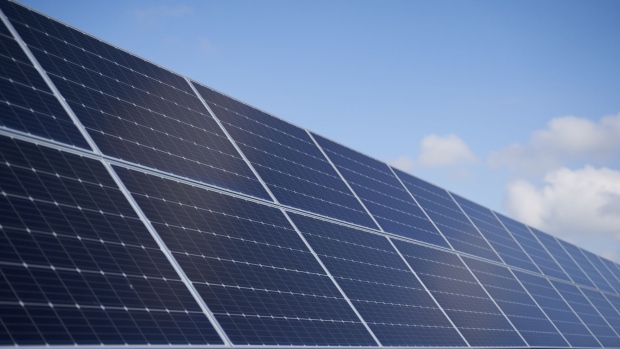 (Bloomberg) -- Indonesia wants to develop a $4 billion polysilicon industry, which could pave way for the tropical country to produce more solar panels.

The government has been in talks with potential investors, who are set to partner with local companies to set up two plants: an $800 million one in Batang, Central Java, and a $3.2 billion one in North Kalimantan, said Septian Hario Seto, a deputy for mining and investment at the Coordinating Ministry for Maritime Affairs and Investment. He declined to name the companies.

With the local plants in place, Indonesia would be able to offer polysilicon, a key material for making solar panels, at below the market price, Seto said in the interview.

Solar companies in China are already stepping up polysilicon production after prices surged to a 10-year high in 2021, which may lead to an upcoming glut.

As Indonesia seeks to move away from fossil fuels and rely more on renewable energy, it plans to install large-scale solar panels to generate 5.3 gigawatts of power through 2030. It’s also encouraging factories, offices and households to install more panels on their rooftops.

The country that straddles the equator could theoretically generate almost 20,000 gigawatts of solar power, more than double the combined capacity of every power plant in the world, according to the Jakarta-based think tank IESR.

Neighboring Singapore has sought to tap that potential, with companies including Sunseap Group Pte and Abu Dhabi’s Masdar planning to develop solar photovoltaic facilities in Indonesia to export the electricity to the city-state.

Indonesia’s first polysilicon plant will likely start to be built in Batang in the third quarter and produce 40,000 tons in the initial phase, Seto said. The second plant in North Kalimantan is expected to produce 160,000 tons of polysilicon with up to $3.2 billion of investment. Once the bigger facility is completed, the Batang plant will shift to making electronic-grade material to supply the semiconductor industry.