What happens to SNC now amid PMO, Wilson-Raybould scandal?

OTTAWA -- Prime Minister Justin Trudeau tried to put the SNC-Lavalin affair behind him Thursday, attributing the controversy to a breakdown between his staff and former attorney general Jody Wilson-Raybould, accepting a share of the blame and promising to do better.

But he continued to insist nothing unethical or illegal occurred and did not offer an apology for his handling of the matter, which has cost him two cabinet ministers and his most trusted adviser.

"Over the past months, there was an erosion of trust between my office and specifically my former principal secretary and the former minister of justice and attorney general," Trudeau told an early-morning news conference. "I was not aware of that erosion of trust. As prime minister and leader of the federal ministry, I should have been."

Last week, Wilson-Raybould told the House of Commons justice committee that she was relentlessly and inappropriately pressured last fall by Trudeau, his senior staff, the top public servant and others to intervene to stop a criminal prosecution of SNC-Lavalin. Wilson-Raybould said she believes she was moved to the veterans-affairs portfolio in January as punishment for refusing to give in.

She resigned from cabinet altogether a month after accepting the new post. This week, her close friend and cabinet ally, Treasury Board president Jane Philpott, resigned over what she called her own loss of confidence in how the prime minister had handled the SNC affair.

On Wednesday, Trudeau's former principal secretary, Gerald Butts -- who also resigned in the midst of the controversy -- offered an account different from Wilson-Raybould's. He told the justice committee that everyone in the Prime Minister's Office recognized that the decision on whether to intervene was Wilson-Raybould's alone, that there was no improper pressure and that she never raised a complaint about it until after Trudeau told her she was being moved out of her "dream job." Butts said all they wanted was for Wilson-Raybould to seek an outside legal opinion on the matter from an eminent retired judge.

After all that, Trudeau said the testimony has revealed a "difference in perspective" on conversations that took place "among colleagues about how to tackle a difficult issue." It's not a question of telling the truth versus lying, he suggested.

Trudeau added that the PMO’s comments to Wilson-Raybould over SNC stemmed from warnings that the Quebec-based company would uproot its operations from Canada.

“We had heard representations from various sources, including the company itself, that this was an issue of deep concern to them and that it would potentially have consequences as dire as the company having to leave Canada altogether,” Trudeau said.

"The truth cannot be experienced differently. There is such a thing as right and wrong and a real leader knows the difference," Scheer said in Toronto. "The Justin Trudeau we saw today is the real Justin Trudeau -- a prime minister who can't manage his own office, let alone the affairs of a great nation."

Similarly, NDP Leader Jagmeet Singh said "there's not two versions of this story" and reiterated his call for a public inquiry.

Singh also said Trudeau was not taking responsibility or offering an apology.

Trudeau addressed Wilson-Raybould's accusation that he injected partisan considerations into a Sept. 17 discussion about the prosecution of  SNC-Lavalin on charges of bribery and corruption related to contracts in Libya. The engineering giant is headquartered in Montreal and she maintains Trudeau pointed out that's where his own Papineau riding is.

Trudeau didn't deny that but said it was not intended as a partisan comment. Rather, he was doing his job as an MP for an area that could be affected by a criminal conviction for SNC-Lavalin, which might threaten SNC-Lavalin's financial viability and throw thousands of employees out of work.

"I was preoccupied by the number of jobs on this in Quebec and across the country. This was something I was clear on." 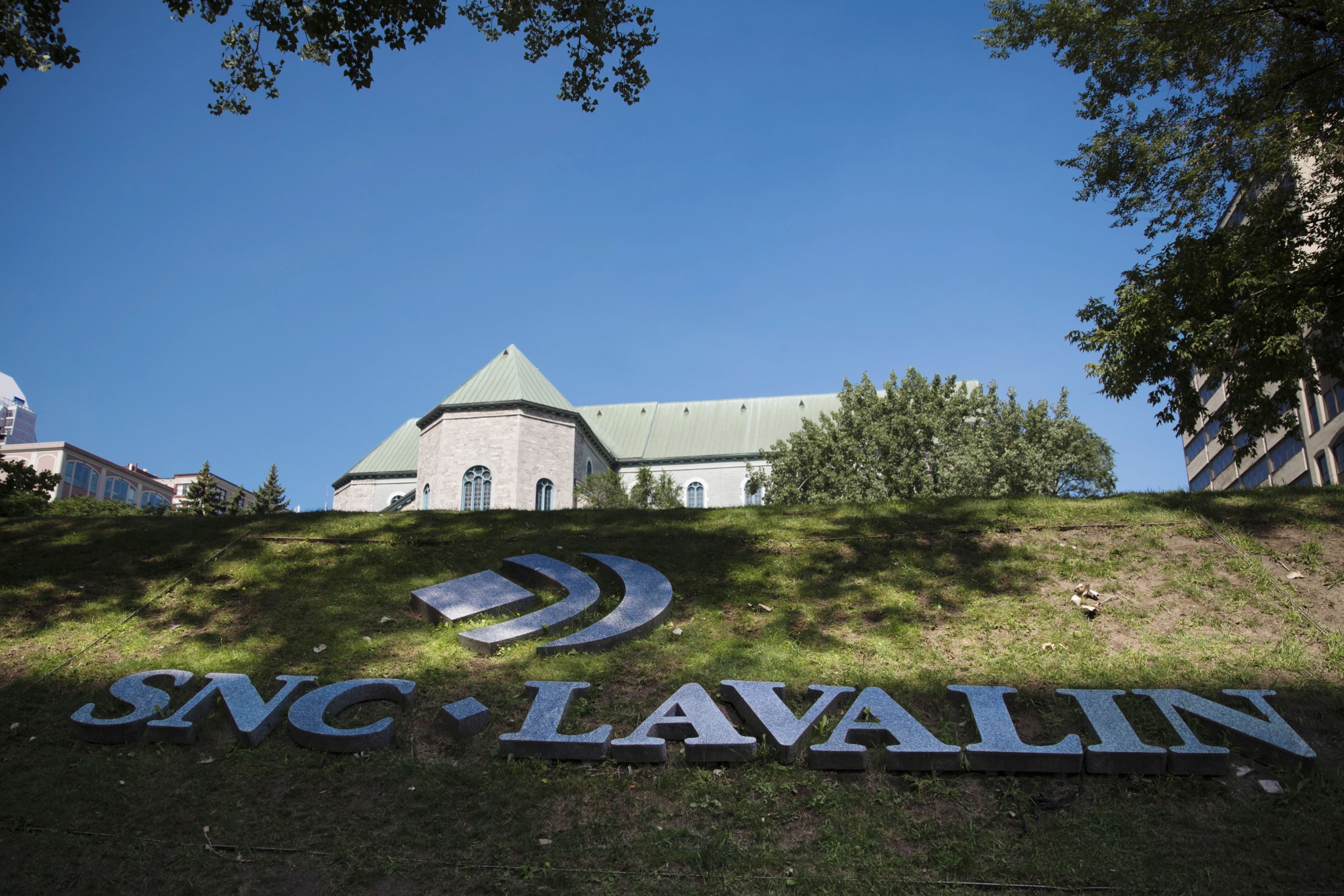 Do you think all of SNC’s Canadian employees would lose their jobs if HQ moved to London?

Wilson-Raybould has said she made a final decision on the matter on Sept. 16 and informed Trudeau of that during their meeting the following day, after which she maintains no one should have continued to pressure her on the issue. Trudeau said he asked his staff to follow up after his meeting with her because he believed she was still open to considering new arguments.

"I now understand that she saw it differently," he said.

Trudeau accepted responsibility for not following up with Wilson-Raybould after their one conversation about SNC-Lavalin, but he also put some responsibility on her for the breakdown in communication.

"One of the things central to my leadership is fostering an environment where my ministers, caucus and staff feel comfortable coming to me when they have concerns. Indeed, I expect them to do so," he said. "In Ms. Wilson-Raybould's case, she did not come to me and I wish she had because if it's a real relationship and we are truly a team, we can always acknowledge when we need to make adjustments."

Trudeau vowed to do better. He is seeking external expert opinions on the operating policies and practices of cabinet, the public service and political staff when it comes to judicial matters. He'll also seek external advice on whether to separate the dual roles of justice minister and attorney general -- one political, the other legal, both held by the same person.

"Ultimately I believe our government will be stronger for having wrestled with these issues," he said.

By his taking at least part of the blame for the crisis that's rocked his government, Liberals are hoping Trudeau's statement will be sufficient for Wilson-Raybould and Philpott to let the matter drop and move on. Trudeau said nothing Thursday about whether he believes the two can continue as Liberal MPs.

Both have said they intend to stay in the Liberal caucus and have been nominated to seek re-election, despite their public criticisms of their leader. Asked how he can present a cohesive team under those circumstances, Trudeau said that question should be put to Wilson-Raybould and Philpott.

Nor did Whitby Liberal MP Celina Caesar-Chavannes, who used Twitter to suggest Trudeau hadn't been open to two approaches she's made to him but didn't offer any details.

New Brunswick MP Wayne Long, who broke Liberal ranks last month to vote for an NDP motion calling for a public inquiry, tweeted that he was glad to have heard from Trudeau but he wants Wilson-Raybould called back to the justice committee so she can respond to Butts's testimony.

On Wednesday, the Liberal MPs on the committee blocked an opposition call for her return. However, they now say they'll discuss possible future witnesses when the committee next meets on March 19.