Prime Minister Justin Trudeau has regained a small lead in at least one election poll, suggesting his incumbent Liberal Party has stopped its slide in public opinion.

The Liberals have just over 34 per cent of support in the latest Nanos Research Group survey taken for CTV News and the Globe and Mail, with the Conservatives trailing at 32 per cent and the left-leaning New Democratic Party at 21 per cent. It’s the first lead for Trudeau in this daily survey since Aug. 31, when the Tories started to pull ahead under Leader Erin O’Toole.

The numbers point to tight race between Trudeau and O’Toole as the campaigns enter the final stretch ahead of the Sept. 20 vote, which the Liberals triggered in hopes of regaining the parliamentary majority they lost in 2019’s election. The Conservative challenger had a five-point lead heading into the long weekend, but faced a barrage of Liberal attacks on wedge issues like mandatory vaccination, abortion and gun control.

Trudeau’s gain comes after party leaders held the first of three election debates last week, in French. They will square off again in French on Wednesday, with the sole English-language debate due Thursday. 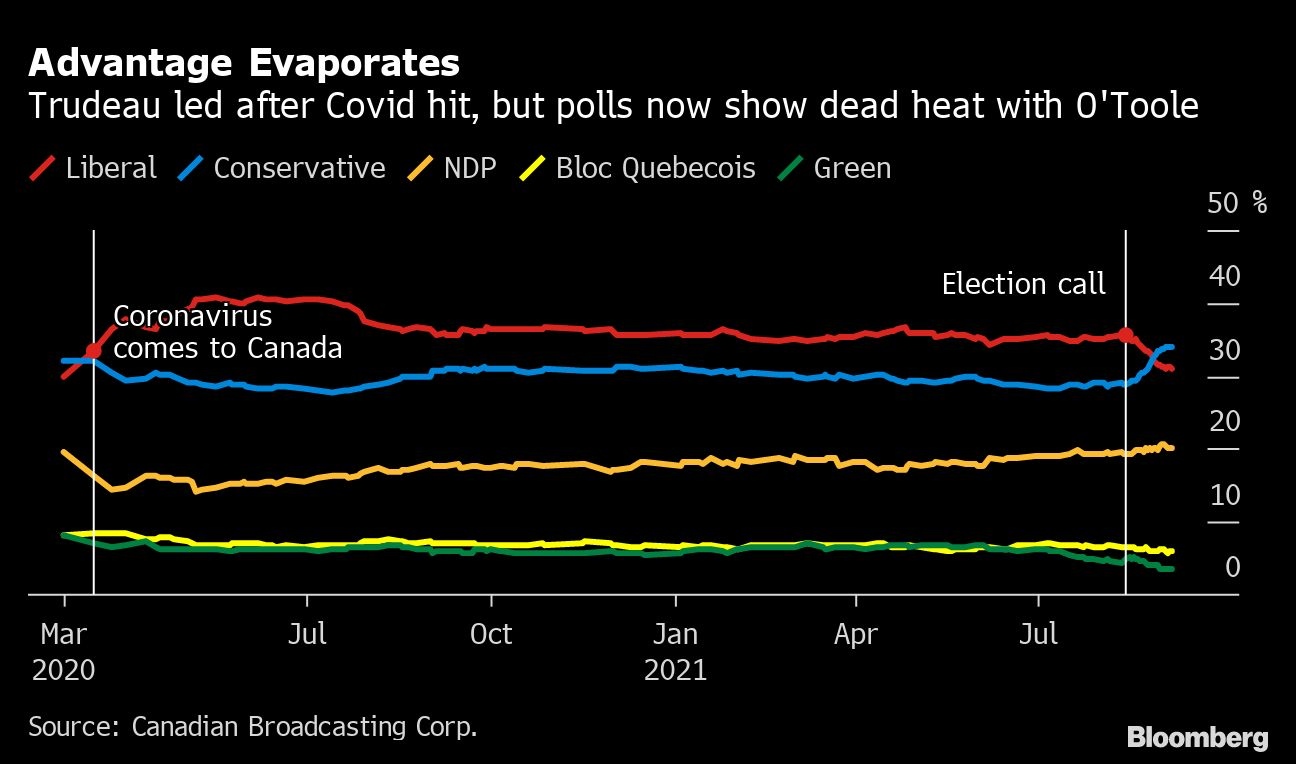