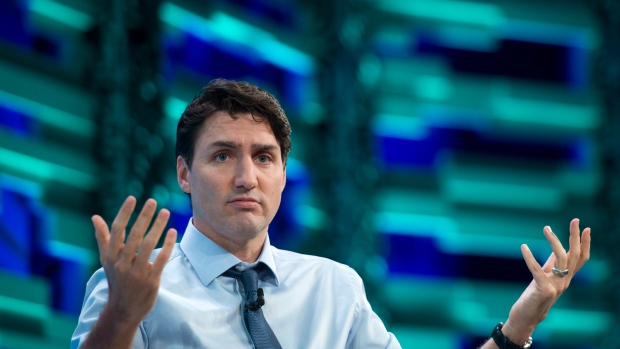 OTTAWA -- Justin Trudeau remains optimistic that Canada, the United States and Mexico can strike a deal to modernize NAFTA that benefits all three countries.

In an interview with The Canadian Press, the prime minister says he believes there's a good chance negotiations will result in what he calls a "win-win-win."

Trudeau says his government isn't worrying about contradictory signals from the U.S., which have periodically left the impression that the North American Free Trade Agreement is doomed.

U.S. President Donald Trump has threatened repeatedly to pull out of the continental trade pact.

However, Trump last week calmed markets jittery about the potential demise of NAFTA, telling the Wall Street Journal that he'd "rather keep it" and telling farmers, who are overwhelmingly supportive of the pact, that he's working hard to improve it.

Foreign Affairs Minister Chrystia Freeland has said Canada will bring some "creative" new proposals to the bargaining table later this month; Trudeau says his government will stand firm in defending Canadian interests and won't sign on to "any old deal."