NDP won't give Trudeau 'the election he is looking for': Singh

Prime Minister Justin Trudeau avoided a snap election for the second time this month after lawmakers rejected an opposition push for a special committee to investigate alleged mishandling of COVID-19 spending.

The motion’s defeat puts an end to a dramatic 24 hours in Canadian politics, with the prime minister daring the opposition to launch the investigation and threatening to call an election if they did.

Trudeau’s gamesmanship, however, did reveal he has become more willing to try his luck with the electorate, with a majority potentially within reach. Doing so, however, would risk a backlash from voters suffering through a second wave of COVID-19.

Failing to score a new majority in a snap election would also be treacherous. It would further weaken the Liberal government’s ability to pass legislation, embolden the opposition and likely raise questions about Trudeau’s stewardship of his party.

“New Democrats will not give Prime Minister Trudeau the election he is looking for,” NDP Leader Jagmeet Singh told reporters before the vote. “We’re not going to be used as an excuse or a cover. We’re going to continue to do the work that we need to do.” 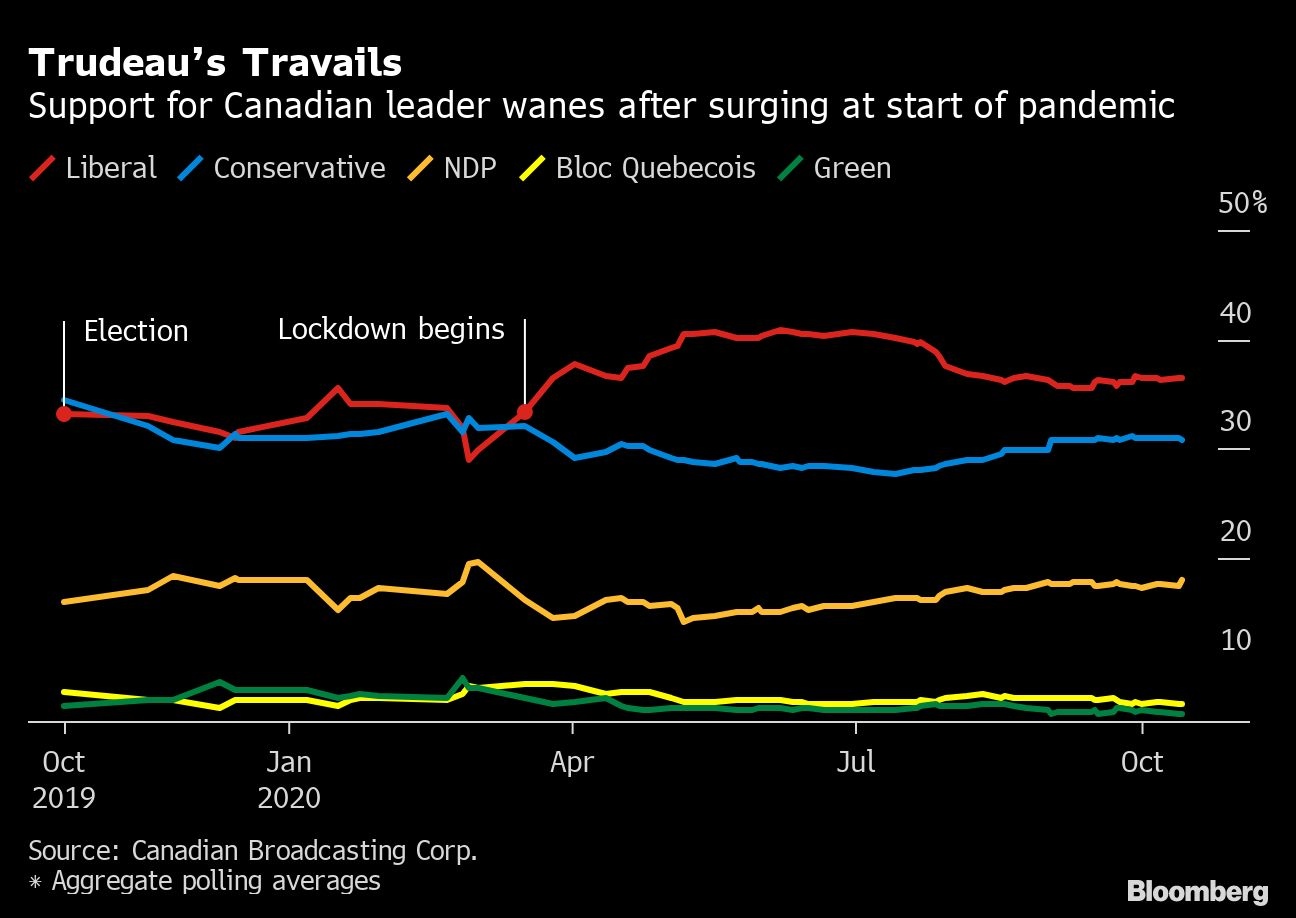 Aggregate polling averages compiled by the Canadian Broadcasting Corp. show the Liberals enjoy the support of 36 per cent of Canadians, versus 31 per cent for the Conservatives and 18% for the left-leaning New Democratic Party. The numbers suggest an almost 50% chance for Trudeau to regain the majority he lost in last year’s election, according to the CBC.

Under the Canadian parliamentary system, prime ministers have wide latitude to seek the dissolution of the legislature and control the timing of elections.

It’s the second time the social democrats propped up the government this month. They also supported the Liberal government’s broad legislative agenda, after persuading Trudeau to sweeten support programs for struggling workers. The Liberals lost their majority in an election last year, forcing them to rely on the opposition to pass laws.

The motion at the heart the dispute had been introduced by the Conservatives to investigate a number of the spending decisions, including a $900 million (US$686 million) student-grant contract to a charity with ties to the prime minister’s family. That scandal was a contributing factor to the downfall of his government’s first finance minister this summer.

Trudeau’s government argued the new committee would paralyze his government’s ability to respond to the crisis.