Canadians reported the sharpest one-week decline in confidence since the depth of the pandemic last year, another worry for Prime Minister Justin Trudeau’s struggling campaign for re-election.

The Bloomberg Nanos Canadian Confidence Index, a measure of sentiment based on household polling, fell 1.6 points to 62.6 last week. That’s the biggest weekly decline since April 2020. The index is down almost four points since hitting a record high in July. 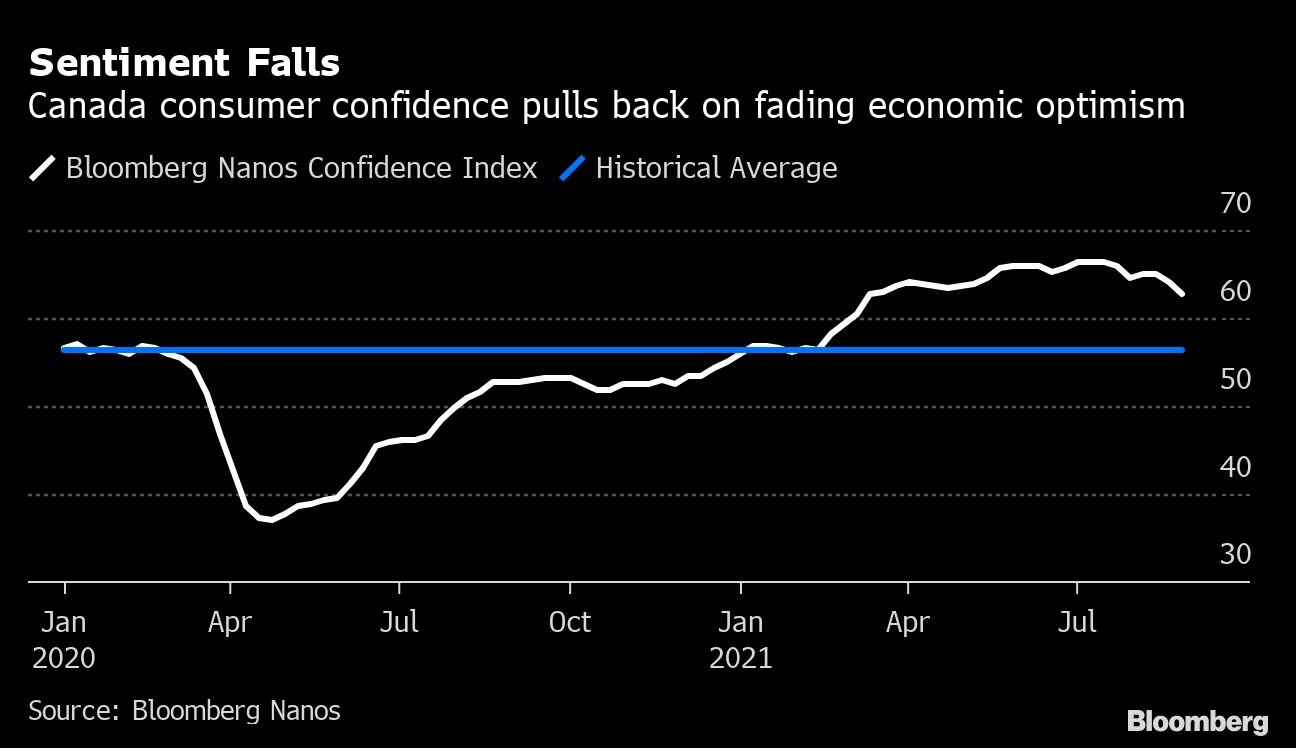 The weakening sentiment among households could undermine what has been a big advantage for Trudeau heading into the Sept. 20 election. For much of this year until now, Canadians have been been feeling good about the economy and their finances.

Already, Trudeau and his incumbent team have lost their lead in the polls to the main opposition Conservatives under Leader Erin O’Toole, who is running low-key campaign focused on the complete platform his party released out of the gates.

Trudeau, meanwhile, got off to a rocky start after seeking the dissolution of parliament on the day Kabul fell to the Taliban ahead of the U.S. withdrawal from Afghanistan. His campaign was also sideswiped by an inflation report that showed consumer prices increasing at the fastest pace in a decade. 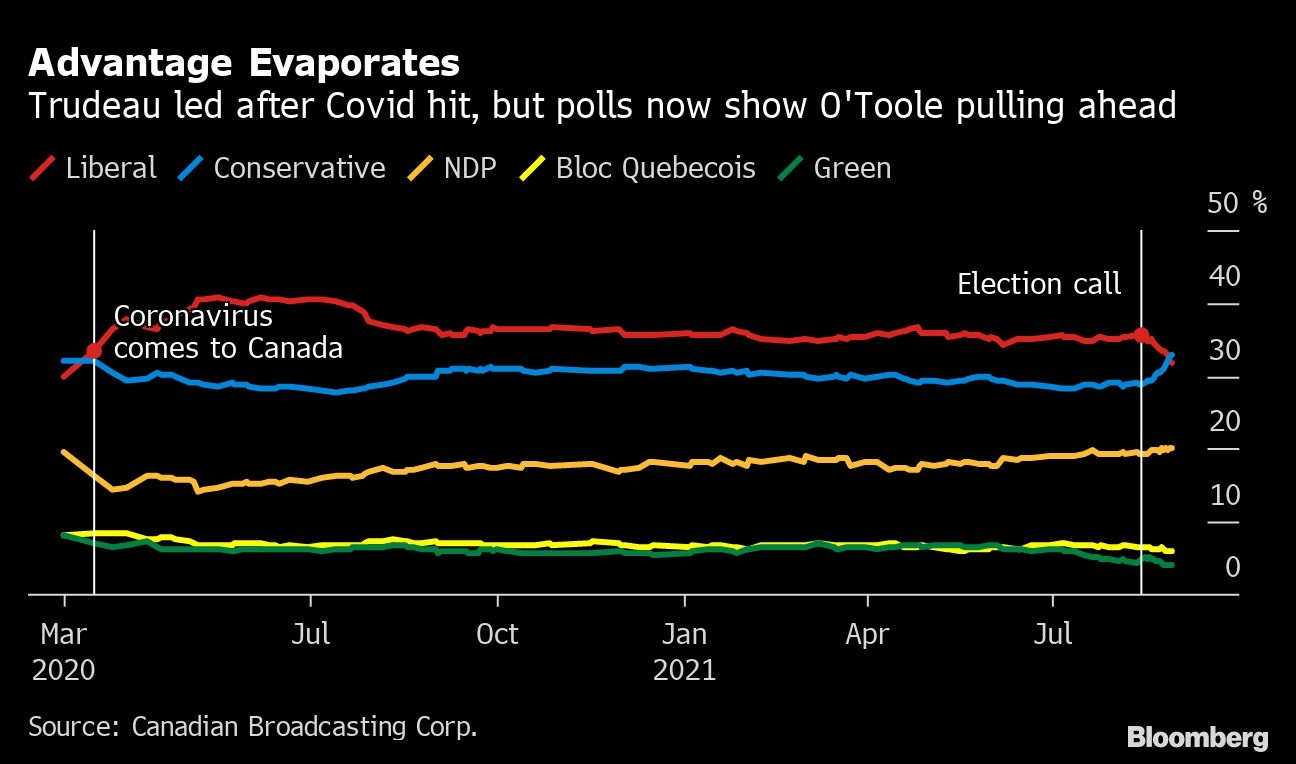 The Liberals have the support of 32 per cent of voters compared to 33 per cent for the Conservatives and 20 per cent for the left-leaning New Democratic Party, according to national averages compiled by the Canadian Broadcasting Corp.

Trudeau’s odds of winning back the parliamentary majority he lost in the 2019 election have dropped to 8 per cent, according to polling aggregator 338Canada, while the chances of a minority victory for O’Toole have climbed to 46 per cent.

The good news for Trudeau is that consumer sentiment is still at high levels. The confidence index is about 10 per cent above its historical average.

But it’s trending in the wrong direction, potentially reflecting growing worries about the highly transmissible delta variant and a fourth wave of the COVID-19 pandemic. Over the past seven days, new daily cases averaged almost 3,000, the highest level since May.

Every week, Nanos Research surveys 250 Canadians for their views on personal finances, job security and their outlook for the economy. The confidence index represents a rolling four-week average of about 1,000 responses.

Canadians are also less optimistic about the housing market. About 51 per cent say they expect home prices to increase over the next six months, which is the lowest score for that question since February.