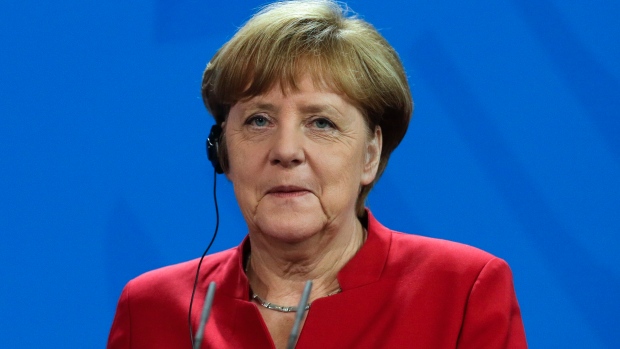 OTTAWA -- The chair of the House of Commons trade committee says he hopes Parliament can ratify the Canada-EU free trade deal this week before rising for the holiday break.

On Wednesday, the committee is set to begin clause-by-clause consideration of the bill that would implement the Comprehensive Economic and Trade Agreement, or CETA, said Liberal MP Mark Eyking.

The bill, supported by the Liberal majority and the Opposition Conservatives, passed second reading Tuesday — approval in principle, effectively — by a comfortable margin of 266 to 39.

"We're moving fast on this one," Eyking said. "If everything works well, we're hoping to get it in the House before the break."

Germany is Europe's biggest economy and the two leaders affirmed their support for the free trade deal, which both sides want to finalize next year.

Trudeau signed the deal with EU leaders in October, but not before a region of Belgium had to be cajoled out of using a constitutional veto that nearly torpedoed seven years of negotiations.

The European Parliament is expected to vote on the agreement in late January or early February.