Prime Minister Justin Trudeau took another activist turn by appointing a prominent advocate of government spending as the top economic bureaucrat in Canada.

Michael Sabia, a big-name corporate leader who has run the nation’s largest phone company and second-largest pension fund, was appointed deputy minister of finance Monday. The move formalizes the role he’s played since the early days of the pandemic as a top adviser to both Trudeau and his finance minister, Chrystia Freeland.

It also illustrates the extent to which an ambitious fiscal agenda has prevailed in Trudeau’s administration. Sabia has called for spending taps to remain open and isn’t too worried about higher debt. His ambitions are to reshape the economy after the pandemic, in line with the prime minister’s plan to put the state at the center of any recovery.

“If I had a choice between dealing with the deficit of weak infrastructure, or the deficit of a digital divide, or the deficit of significant social inequality, those are all deficits that matter and I think addressing those right now is at least as important as managing our fiscal situation,” Sabia said in a September interview with TVOntario.

The former executive provides much-needed business credibility to Trudeau’s administration. Sabia couches his support for spending as an imperative for growth and weaves economic arguments into ideas -- a practice not necessarily widespread for a Liberal government in which a progressive agenda and social issues often come first.

The 67-year-old native of St. Catharines, Ontario stepped down as chief executive officer at Caisse de Depot et Placement du Quebec this year, after a decade-long stint at the pension fund. Before that, he was CEO at BCE Inc., running the nation’s largest phone company for six years.

Since the pandemic, he’s become one of the most trusted advisers to Trudeau, a relationship that was formalized when the government appointed him chairman of the state-run Canada Infrastructure Bank in April. Freeland has been leaning more heavily on Sabia for advice since August, when she took over from Bill Morneau after he resigned as finance chief amid a public rift with the prime minister.

“They’re quite lucky they were able to get someone who has a tremendous amount of experience, who knows how government works, who understands the Canadian business sector and obviously has a strong, accomplished track record,” said Elliot Hughes, senior adviser at Ottawa-based consultancy Summa Strategies and former director of policy to Morneau.

It will be a daunting task for the new deputy finance minister, the No. 3 economic policy maker after the minister and Bank of Canada governor. Trudeau’s government is trying to keep the economy flush with cash during the pandemic while financing an ever-expanding progressive agenda, all without scaring investors and voters with soaring debt.

Sabia replaces Paul Rochon, who announced his departure on Dec. 1, a day after Freeland used her first mini-budget to forecast a deficit of $382 billion this year, or 17.5 per cent of gross domestic product.

While it’s unclear whether Rochon left voluntarily, Trudeau thanked him for “his exceptional work during the pandemic” at a COVID-19 briefing Monday morning.

Rochon’s exit, less than four months after Morneau’s, represents a rare full shakeup of the top ranks of the finance department. It jettisoned two of the government’s more cautious policy makers, particularly in the early debates over pandemic policy.

In addition to the deepest deficit since World War II, Freeland’s fiscal blueprint promises as much as $100 billion in additional spending over the next three years on things like infrastructure, the environment, child care and other measures that address inequalities. 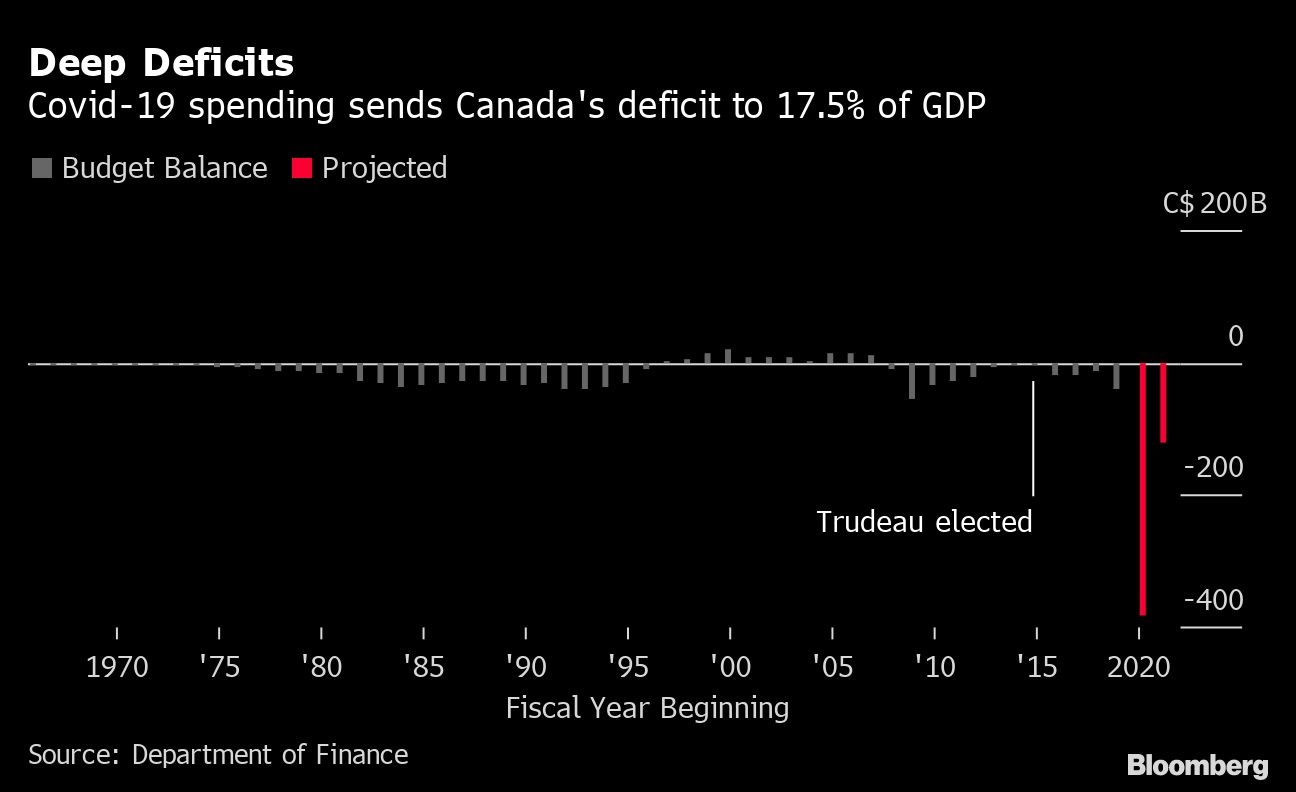 While Sabia began his career in the public sector, including a stint as director-general of tax policy at the finance department in the early 1990s, his appointment to the top civil service post is an extraordinary development.

It’s rare that someone from the upper echelon of corporate Canada moves into the federal bureaucracy. It’s also rare for the job to go to an outsider at all, given it requires intimate knowledge of how the government works.

But Sabia himself agrees extraordinary times call for extraordinary measures. In an opinion piece written for the Globe and Mail in March, he wrote that in order to tackle the challenge of the COVID-19 pandemic, governments need “to act boldly, decisively and with humanity.”

He added: “They need to leave their orthodox thinking behind and, most of all, avoid the trap of incremental, piece-by-piece action that is so often the reflex of bureaucracy.”