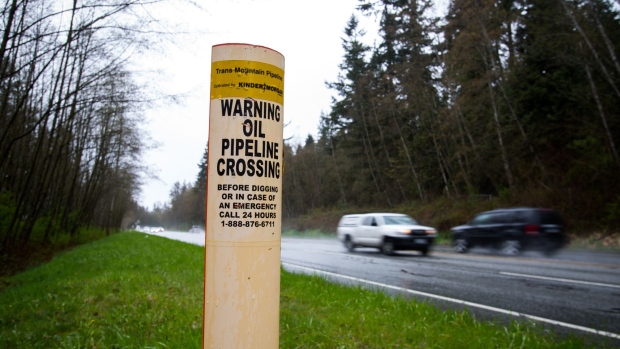 The Supreme Court of Canada has dismissed the case, the court said in a statement. The decision was unanimous.

B.C. Premier John Horgan’s government had sought to amend its Environmental Management Act so that the Pacific Coast province could control the transit of heavy oils like diluted bitumen from neighboring Alberta.

In May, B.C.’s top appeals court ruled the province doesn’t have the jurisdiction to do that, saying the proposed amendments appear to “cross the line” between general environmental laws and the regulation of federal undertakings. The province had then taken it to the Supreme Court.

The Trans Mountain expansion project seeks to almost triple the capacity of an existing pipeline that runs from oil-rich Alberta to a terminal in Vancouver’s port and would mean a seven-fold increase in tanker traffic to roughly 34 Aframax-sized ships a month. The federal government and the oil industry see the expansion as critical to reducing Canada’s dependence on the U.S., which takes almost all the nation’s oil exports.

But the project faces staunch opposition in B.C., the birthplace of Greenpeace. Horgan’s government was elected in 2017 pledging to use “every tool” to try to block the project. The proposed legislation doesn’t specifically name Trans Mountain, but would restrict the increase of diluted bitumen shipments through the province until the behavior of spilled bitumen can be better understood.

Kinder Morgan Inc., Trans Mountain’s original backer, abandoned the project in 2018 due to protests and legal challenges in B.C. Trudeau’s government stepped in to buy it for about C$4.2 billion ($3.2 billion).

The expansion, which would boost daily shipping capacity by 590,000 barrels to a total of 890,000 barrels, would be a boon for Canadian oil drillers that have suffered from a lack of pipeline space, a bottleneck that has weighed on local crude prices. The expansion would be especially helpful to companies focused on production -- like Cenovus Energy Inc., MEG Energy Corp., and Athabasca Oil Corp. -- and have little to no refining capacity to cushion the blow from lower prices.

To contact the editors responsible for this story: David Scanlan at dscanlan@bloomberg.net, Chris Fournier, Kevin Orland