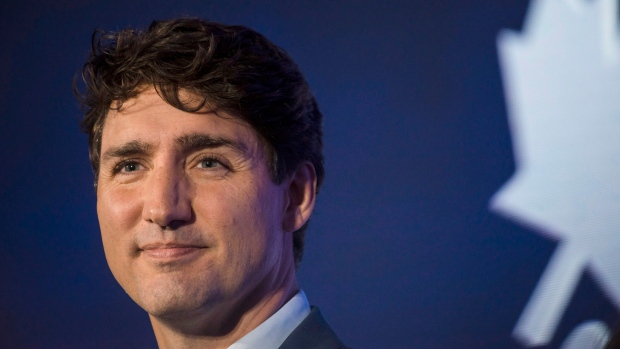 Prime Minister Justin Trudeau speaks to press at the Gateway Conference, in Toronto on Monday, September 25, 2017. , THE CANADIAN PRESS/Christopher Katsarov

MONTREAL -- Prime Minister Justin Trudeau says "next summer," and not July 1, is the date cannabis will become legal across the country.

Excerpts of an interview Trudeau gave the TVA network in Quebec were broadcast Tuesday, with the full interview to be shown Wednesday night.

Trudeau shook his head when interviewer Pierre Bruneau asked him why he was so obsessed with July 1 as the date for the cannabis legislation to become law.

The prime minister said it "would not be July 1," but that it would be "for next summer."

"The date will not be July 1, I can assure you of that," Trudeau said. "I don't know where that date came from."

Several provinces have asked the federal government to delay passing the legislation in order to give them more time to prepare.

A statement issued by the Health Department last month said, "as previously indicated, the government of Canada intends to bring the proposed Cannabis Act into force no later than July 2018."