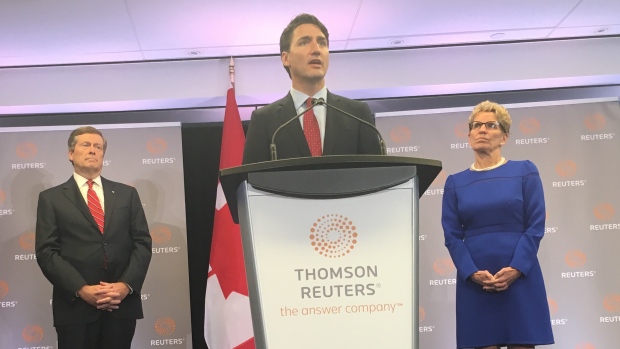 "It's something that we are never finished doing, we continue to work very closely with all partners to ensure that Canadians have confidence in their homes and in the future," Trudeau said during a news conference before a Reuters Newsmaker event in Toronto.

The federal Liberal government, which took power late last year, said on Monday it would tighten mortgage rules and close a tax loophole on home sales, seeking to rein in both foreign investors and indebted consumers.

Although housing markets in the major cities of Toronto and Vancouver have boomed in recent years, growth elsewhere has been more moderate, posing a challenge for federal policymakers seeking a possible national solution.

The measures that Ottawa announced on Monday are designed to affect foreign investors, who many have blamed for soaring prices in Vancouver and Toronto.

Home sales in the greater Toronto Area jumped 21.5 per cent in September from a year ago and prices climbed at a similar pace, data showed on Wednesday.

"I think the important messages is one of stability and responsible action that will ensure that Canadians can continue to have confidence in their investments in their homes," Trudeau said.