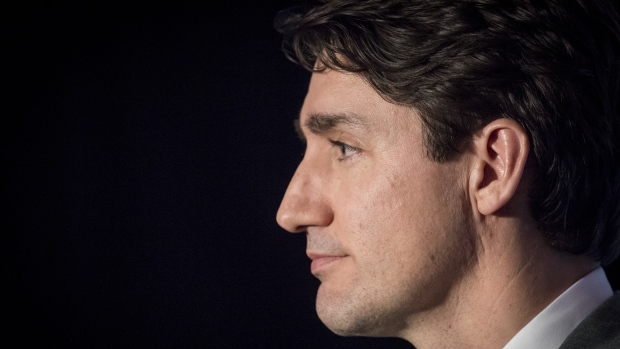 Prime Minister Justin Trudeau listens to a question from the media during a press conference with Daniel Saks, president and co-chief executive officer of AppDirect Inc., not pictured, in San Francisco, California, Feb. 8, 2018 , Bloomberg/David Paul Morris

Trudeau was cited as saying Canada had been granted a temporary waiver on U.S. steel import tariffs and does not believe trade issues involving the United States have been resolved yet, the Blue House said.