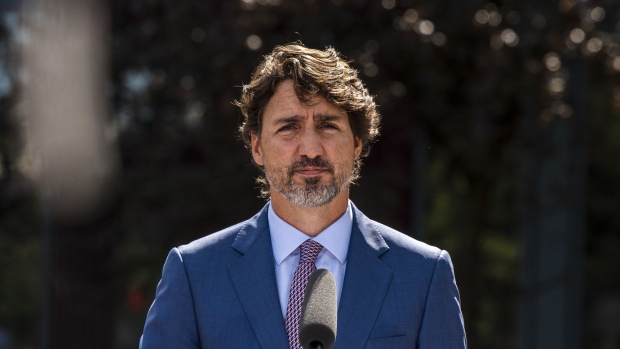 (Bloomberg) -- Prime Minister Justin Trudeau’s government on Tuesday will reveal how it plans to retaliate against the U.S. after President Donald Trump imposed tariffs on Canadian aluminum last month.

At a press conference in Ottawa, Trudeau indicated new duties will be announced later in the day. The Canadian government has been looking at more than 60 U.S. aluminum-containing products that could face higher tariffs, planning dollar-for-dollar equivalent tariffs worth C$3.6 billion ($2.7 billion) against the U.S.

“I want to highlight that we will be taking action to counter the unjust tariffs put on Canadian aluminum,” Trudeau said ahead of a meeting with his cabinet. “We will always be there to defend Canadian workers, defend our aluminum sector.”

Finance Minister Chrystia Freeland and International Trade Minister Mary Ng are due to make the announcement at 3 p.m. in Ottawa.