Prime Minister Justin Trudeau invoked sweeping emergency powers Monday to quell protests against vaccine mandates and other COVID-19 restrictions, including measures to choke off the flow of money to demonstrators.

Banks and financial institutions will be required to review their relationships with anyone involved in an illegal blockade and report them. They’ll have the authority to stop providing services to those suspected of using their accounts to help the protesters and to freeze accounts without getting a court order. 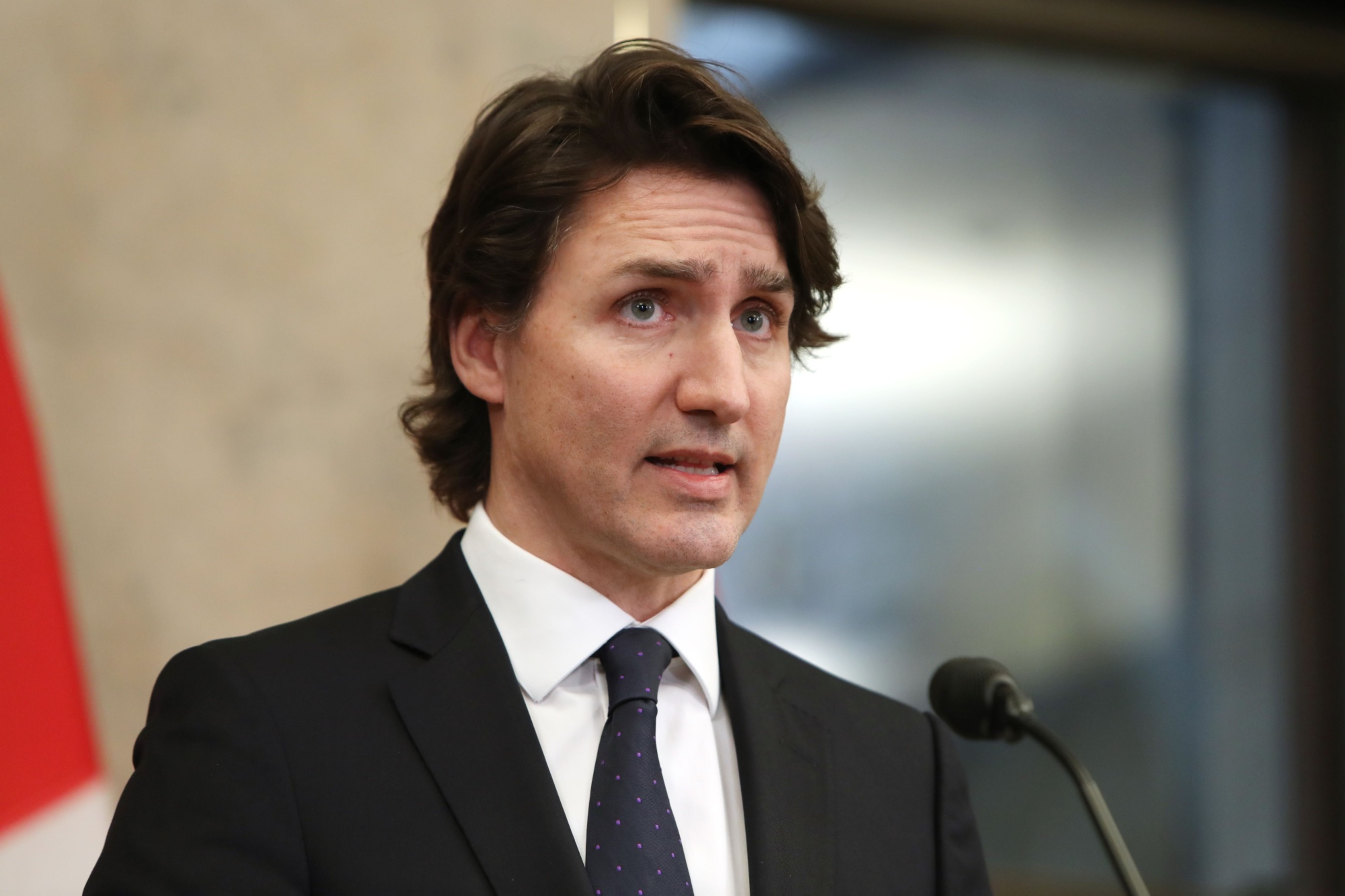 The government is also broadening its anti-money-laundering rules to cover crowdsourcing sites such as GoFundMe that have been used to funnel donations to them, as well as cryptocurrency platforms.

“This is about following the money. This is about stopping the financing of these illegal blockades,” Finance Minister Chrystia Freeland said at a news conference in Ottawa.

Owners of trucks that are being used in the protests will see their corporate accounts frozen and their insurance suspended, she warned. “Send your semi-trailers home. The Canadian economy needs them to do legitimate work,” she said.

Protests that began with a trucker convoy to Ottawa more than two weeks ago have gridlocked Canada’s capital city and expanded to border crossings, including the bridge that carries a quarter of Canada’s commerce with the U.S., its largest trading partner. That span -- between Windsor, Ontario and Detroit -- was reopened to traffic late Sunday night.

The Royal Canadian Mounted Police also announced arrests Monday at an offshoot demonstration in western Canada, seizing a cache of weapons at a border blockade in southern Alberta.

Trudeau said federal government is stepping in because local police authorities have had difficulty enforcing the law.

“This is not a peaceful protest,” he said. The emergency law “is about keeping Canadians safe, protecting people’s jobs and restoring confidence in our institutions.”

Trudeau’s use of the federal Emergencies Act echoes the famous move by his father, Pierre Trudeau, in 1970 to effectively declare martial law in response to kidnappings by Quebec separatists. But the legislation being used now isn’t as aggressive in scope, and Trudeau said there are no plans to call in the military.

The determination with which protesters have chosen to wreak havoc -- albeit so far in mainly non-violent ways -- has rattled a nation unaccustomed to public rancor. Many Canadians are still trying to come to grips with it all.

Some are blaming Trudeau for using vaccines as a wedge issue and galvanizing the demonstrators by calling them “a small fringe minority.” Others say he took too long to crack down on them.

“In waiting this long, they’ve deepened skepticism among Canadians of various political stripes about their willingness and ability to act,” Wesley Wark, a senior fellow at the Center for International Governance Innovation, said in an interview. “The lawlessness of the protest, certainly in Ottawa, has grown. The protesters have been emboldened by their apparent success.”

Using the emergencies act gives the federal government the right to ban public assembly in certain locations and to requisition property it deems necessary for managing the situation.

The act also allows the government to order towing companies to provide their services to clear blockades, and to impose emergency fines or imprisonment for violating orders. The law has never been used since coming into effect in 1988 and is meant for an “urgent and critical situation, temporary in nature, that endangers the lives, health or safety of Canadians,” according to a government memo.

About 400 semis and other vehicles remain embedded on Ottawa’s streets. The local police force has shown little appetite for a crackdown despite repeated lawbreaking by the protesters, including violation of a court injunction against using the deafening air horns.

Last week, the Ontario provincial government enacted emergency orders that included fines of up to $100,000 (US$78,500) and a year in jail for people who continue to block roads, bridges and other infrastructure. But Ottawa’s police chief has said he needs more resources before he can carry out enforcement operations.

At another blockade in Coutts, Alberta, police arrested 11 people “said to have a willingness to use force” if any attempts were made to disrupt their demonstration. Weapons including more than a dozen long guns, handguns, body armor, a “large quantity” of ammunition and high-capacity magazines were seized, according to an RCMP news release.