Prime Minister Justin Trudeau’s odds of retaining power in Canada are slipping as his Liberal Party falls further behind in the polls ahead of a snap election.

The main opposition Conservatives under Leader Erin O’Toole have climbed to nearly 36 per cent support in the latest Nanos Research Group survey. The Liberals are trailing at 31 per cent and the left-leaning New Democratic Party is in third at just over 18 per cent.

Trudeau, facing a tough fight to win back the parliamentary majority he lost in the 2019 ballot, was repeatedly pushed to defend his decision to force an election the middle of a pandemic in a televised debate Thursday night. O’Toole, who is running a low-key campaign focused on a centrist platform, faced questions over mandatory vaccines, funding for child care and his less-ambitious climate policy during the first of three debates.

“Erin O’Toole is a political freight train,” pollster Nik Nanos told BNN Bloomberg Television on Friday morning. “Erin O’Toole is five points up, ahead of Justin Trudeau, going into the long weekend,” Nanos said, adding that conversations at family gatherings will now likely focus on the possibility of a change in government.

The leaders will square off again in French on Wednesday, with the sole English debate the following day. Voting day is Sept. 20. 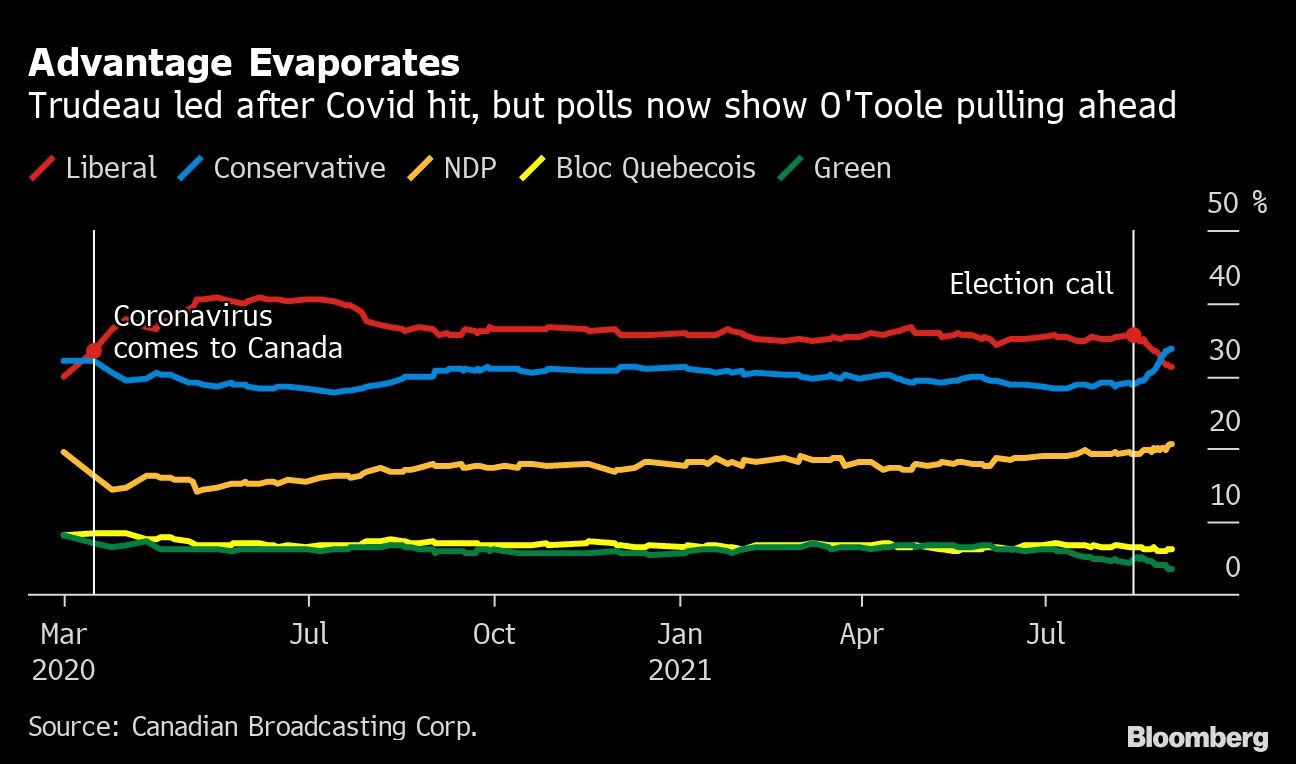