The economy is like a haunted house at the moment: BMO's Adatia

Economists expect a commodities-driven revenue windfall will see this year’s deficit come in between $20 billion (US$14.7 billion) and $30 billion less than budgeted in April. That will leave Finance Minister Chrystia Freeland with some scope to provide more one-off measures to help Canadians cope with higher prices, should she wish.

The fiscal update is, however, also expected to show the revenue bonanza fading as the cost-of-living crisis and the Bank of Canada’s aggressive rate hikes slow economic activity to a near-halt. So Freeland is being advised to temper ambition and put revenue gains toward deficit reduction.

“The minister will be right to hold the line,” Rebekah Young, an economist at Bank of Nova Scotia, said in a report to investors this week.

Freeland has already been trying to lower spending expectations with cabinet colleagues, in part because of the dimming medium-term outlook for economic growth and revenue.

She’s also warning that -- even if the government had plenty of money to spend -- she wouldn’t want to further fan prices anyway.

Beyond new revenue and spending numbers, Thursday’s budget update will probably provide a more fulsome acknowledgment that the macroeconomic environment has fundamentally changed and that fiscal policy needs to pivot more toward restraint. 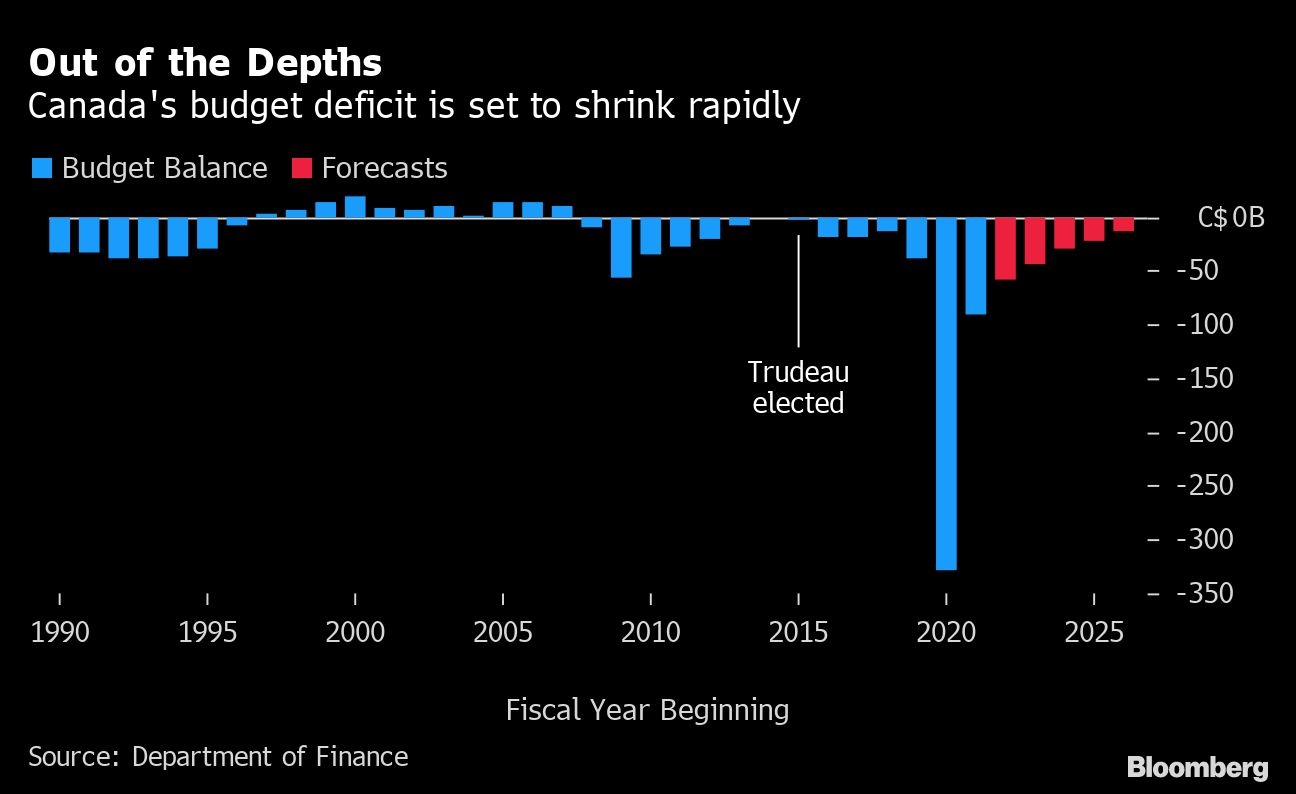 Until now, Freeland and Trudeau have struggled to weave a coherent narrative around inflation -- wary of being blamed for it. But there’s no denying that, whatever the causes, it’s eroding the Liberal government’s economic legacy and there’s not much they can do other than to spend less.

While real incomes are falling for most people, rising prices are hitting the poorest Canadians hardest. That’s beginning to reverse the gains Trudeau has made in reducing inequality.

The Bank of Canada’s effort to wrestle inflation down with higher rates is eroding the living standards of young Canadians, who propelled Trudeau to power seven years ago.

New budget constraints are also putting the Liberals on a collision course with a key constituency: public-sector workers, who are seeking historic wage gains.

Higher borrowing costs and prices, meanwhile, are poised to drag the economy into recession. That risks potentially spilling over into weaker public support for other core policies such as increased immigration and the transition away from fossil fuels.

The public mood has turned sour in an alarming way. Consumer confidence levels are now below those seen during the global financial crisis.

All this comes at a time when Trudeau’s go-to policy lever -- discretionary spending -- is a less viable option.

While Canada’s finances look solid under the soft-landing scenario that most economists still expect, the picture changes dramatically if the nation either gets hit by a severe recession or if stickier-than-expected inflation pushes interest rates even higher.

“Inflation remains stubbornly high, and the risk of policy mistakes is increasing,” Robert Asselin, a former Trudeau aide now at the Business Council of Canada, said by email. “This requires a change of direction on fiscal policy.” 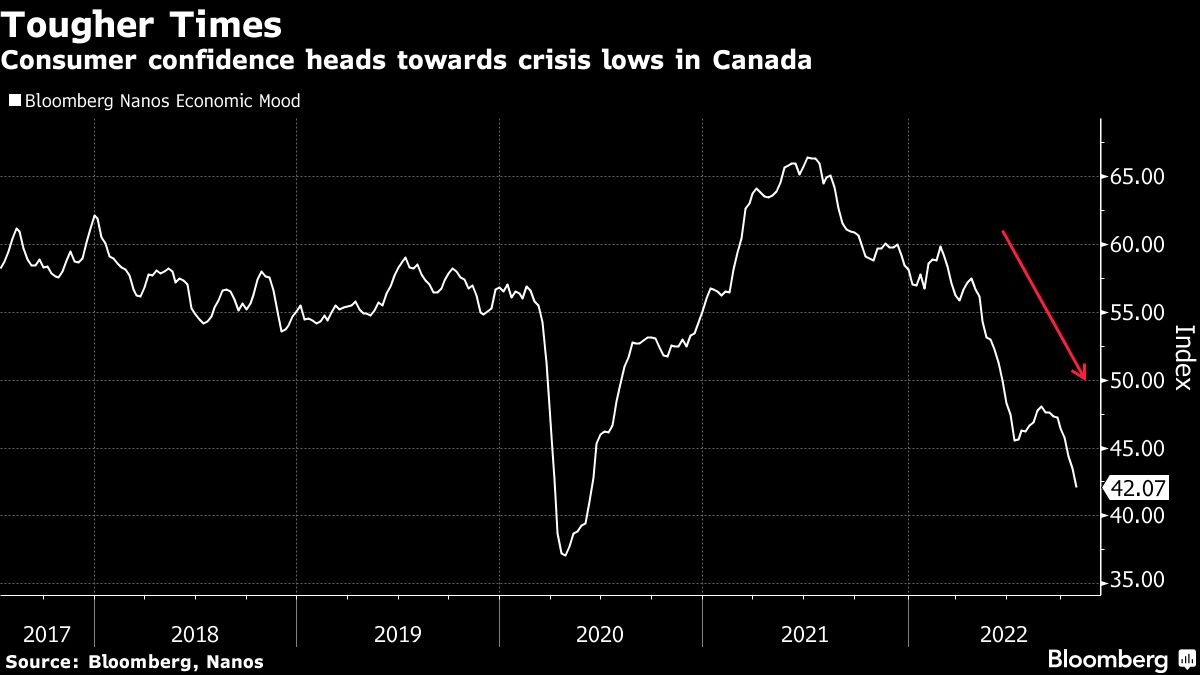 The budget constraints mean Freeland is expected to turn her focus toward fostering private investment -- a major weakness for this government -- along with fleshing out strategies to grow the economy in a world of escalating geopolitical tension.

A more pro-growth stance will help her restore some credibility with a business community that has long worried Trudeau is uninterested in tackling Canada’s competitiveness challenges.

For a government that likes to put the state at the center of most solutions, a focus on supply side issues is probably the only way of making an economic case to maintain an activist role.

Freeland is clearly laying the ground for a renewed growth agenda “and this language will likely feature in the update,” according to Young. But putting actual dollars behind that effort “will mostly be a Budget 2023 story,” the Scotiabank economist said.