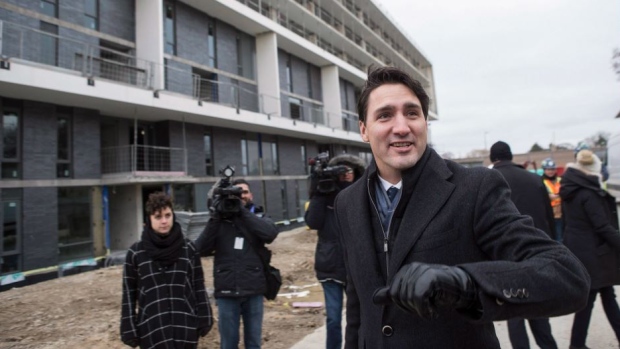 Prime Minister Justin Trudeau is none too pleased with the American plan to dismantle net neutrality.

“I am very concerned about the attacks on net neutrality,” he said Wednesday. “Net neutrality is something that is essential for small businesses, for consumers, it’s essential to keep the freedom associated with the Internet alive.”

FCC Chairman Ajit Pai said the commission will hold a vote on Dec. 14 on the initiative, which will almost surely pass because three of the five commissioners are Republicans. U.S. President Donald Trump has long opposed net neutrality, calling it an Obama “power grab” as far back as 2014.

The American plan has attracted widespread opposition from Silicon Valley, with a group representing Google parent company Alphabet and Facebook urging the FCC to drop plans to scrap net neutrality. Many argue that without neutrality enshrined in law, incumbent Internet providers will threaten the very openness of the Internet.

Against this backdrop, Trudeau said he will fight tooth and nail to defend net neutrality.

“The idea of throttling certain sites or charging extra for certain services just does not make sense; and if we are going to continue to ensure that technology, and particularly digital technology and the use of the Internet, is the lever to create economic growth and opportunities for citizens right across this country, we need to continue to defend net neutrality. And I will.”