Throne speech needs to be backed with a 'significant fiscal document': Kevin Page

Prime Minister Justin Trudeau promised to do “whatever it takes” to keep Canada’s economy afloat through the coronavirus. It might not be enough to stave off an election.

In one of the most anticipated speeches of Trudeau’s five years in power, the prime minister outlined plans to keep the fiscal taps open to surmount short-term challenges. He also used the address to lay out a list of longer-term policy plans, including a national daycare system, pharmacare and more spending on housing and the environment.

It’s a far-reaching and potentially expensive agenda that poses a major risk for Trudeau, since the governing Liberals lack a majority in the legislature. If he can’t win support for the plan from at least one opposition party over the next week, Canada will be headed for elections.

“This is not the time for austerity,” the government said in the so-called Throne Speech, which was delivered in the Senate Chamber by Governor General Julie Payette. The first need “is to help Canadians in the short term, to do whatever it takes.”

As of late Wednesday, none of the three main opposition parties had expressed support for the plan. The main rival Conservatives said they were opposed. The third-largest party, Bloc Quebecois, said Trudeau didn’t heed calls from provinces for more health-care spending. Left-leaning New Democrats said their demands for more access to paid leave and an end to planned reductions in unemployment benefits weren’t met.

A vote on the speech could take place as early as next week. A loss for Trudeau would trigger an election.

“We will have to wait for a while before we know whether they will vote in favor of the speech in the forthcoming confidence vote, which will decide whether we have fall elections or not,” said Daniel Beland, a political science professor at McGill University in Montreal. 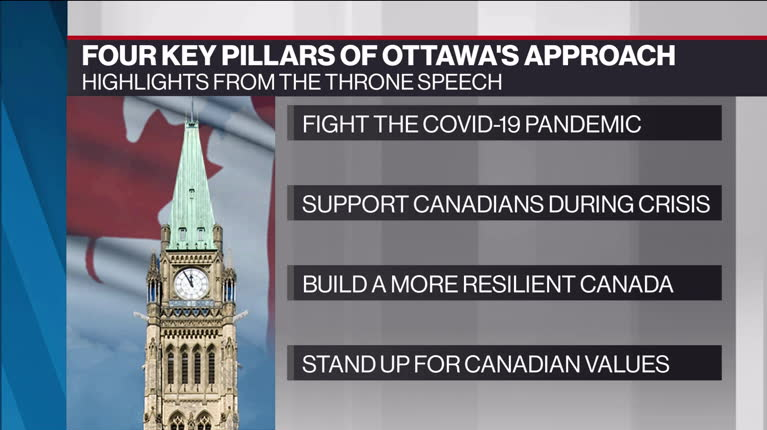 The 17-page speech was laden with promises, more akin to a campaign platform than the two-year legislative agenda typically presented in a Throne Speech. Immediate steps include extending the emergency wage subsidy program until next summer and expanding credit facilities for companies, as well as more targeted support for the hardest hit industries.

These measures would be part of a campaign to create 1 million jobs in Canada, returning employment to pre-pandemic levels, according to Trudeau’s address.

“I was surprised at the specificity of the language across the board on commitments,” Rebekah Young, an economist at Bank of Nova Scotia, said by phone. “Everything was there.”

The government’s promise to extend the wage subsidy could cost around $40 billion, while the drug and daycare plans could add another $20 billion annually, Young said.

Canada’s currency extended declines after the speech began, closing the session at C$1.3381 against its U.S. counterpart, down 0.6%. 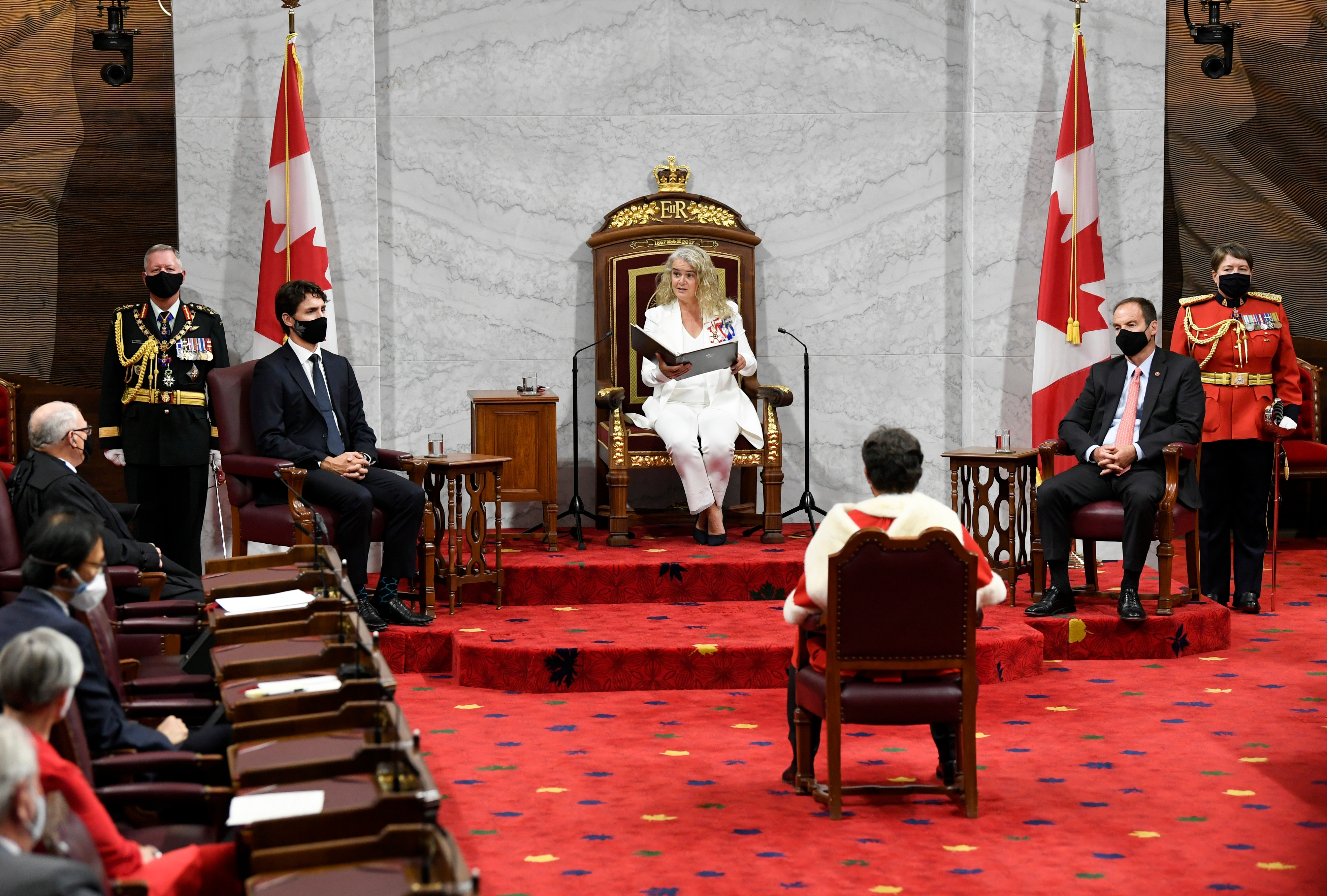 How do you feel about Canada’s economic outlook after the throne speech?

The government already projects a budget deficit equal to 16% of gross domestic product this year, the widest since World War II. Credit rating agencies and investors including BlackRock Inc. want hard details on how he plans to pull Canada back from a record borrowing binge.

Those details were absent from the address. Trudeau included a section in the speech on “fiscal sustainability,” pledging to preserve Canada’s advantage and be guided by “values of sustainability and prudence.” The government pledged to outline its economic and fiscal position in a fall budget update.

But Trudeau also pledged to use “whatever fiscal firepower” is needed to surmount short-term challenges.

One of those will be a second wave of the virus. The prime minister told Canadians during an evening televised address the four largest provinces are seeing a fresh outbreak, saying there were 47 new cases of COVID-19 on March 13 when the country went into lockdown. “Yesterday alone, we had well over 1,000,” he said.

In the speech, the government laid out plans to crack down on what he called tax avoidance by digital giants, vowing to ensure their revenue is shared with Canadian media and artists.

“Web giants are taking Canadians’ money while imposing their own priorities,” the government said. “Things must change, and will change.”

In terms of his climate goal of cutting emissions by 30 per cent by 2030, Trudeau said he plans to fast-track those targets and will legislate reaching net-zero emissions by 2050, partly through the Clean Power Fund and supporting investments in renewable energy.

--With assistance from Shelly Hagan, Erik Hertzberg and Derek Decloet.