I knew there would be nice words, but I want to see action: NDP leader on throne speech

Prime Minister Justin Trudeau appears to have sweetened an ambitious spending plan enough to push it through parliament and avoid an election.

Since his Liberals lack a majority in the legislature, Trudeau needs backing from at least one opposition party for the agenda. The government introduced legislation Thursday morning that maintains income supports for workers affected by COVID-19 at current levels, which was a key demand of the left-leaning New Democratic Party.

Jagmeet Singh, leader of the social-democratic NDP, said it “looks like” the moves are sufficient to secure his support, adding he would have to consult with his caucus before making a final decision.

“We’ll wait to see for more of the details but that’s what I was waiting for,” Singh told BNN Bloomberg in an interview Thursday afternoon. “I wanted to see some commitments on those actions before I could take the Throne Speech at its word.”

The NDP chief told reporters later he is still negotiating with the government on paid sick leave and is optimistic an agreement will be reached.

In one of the most anticipated addresses of Trudeau’s five years in power a day earlier, the prime minister vowed to keep the fiscal taps open to surmount the short-term challenges of the pandemic. He also laid out a list of longer-term plans, including a national daycare system, pharmacare and more spending on housing and the environment. 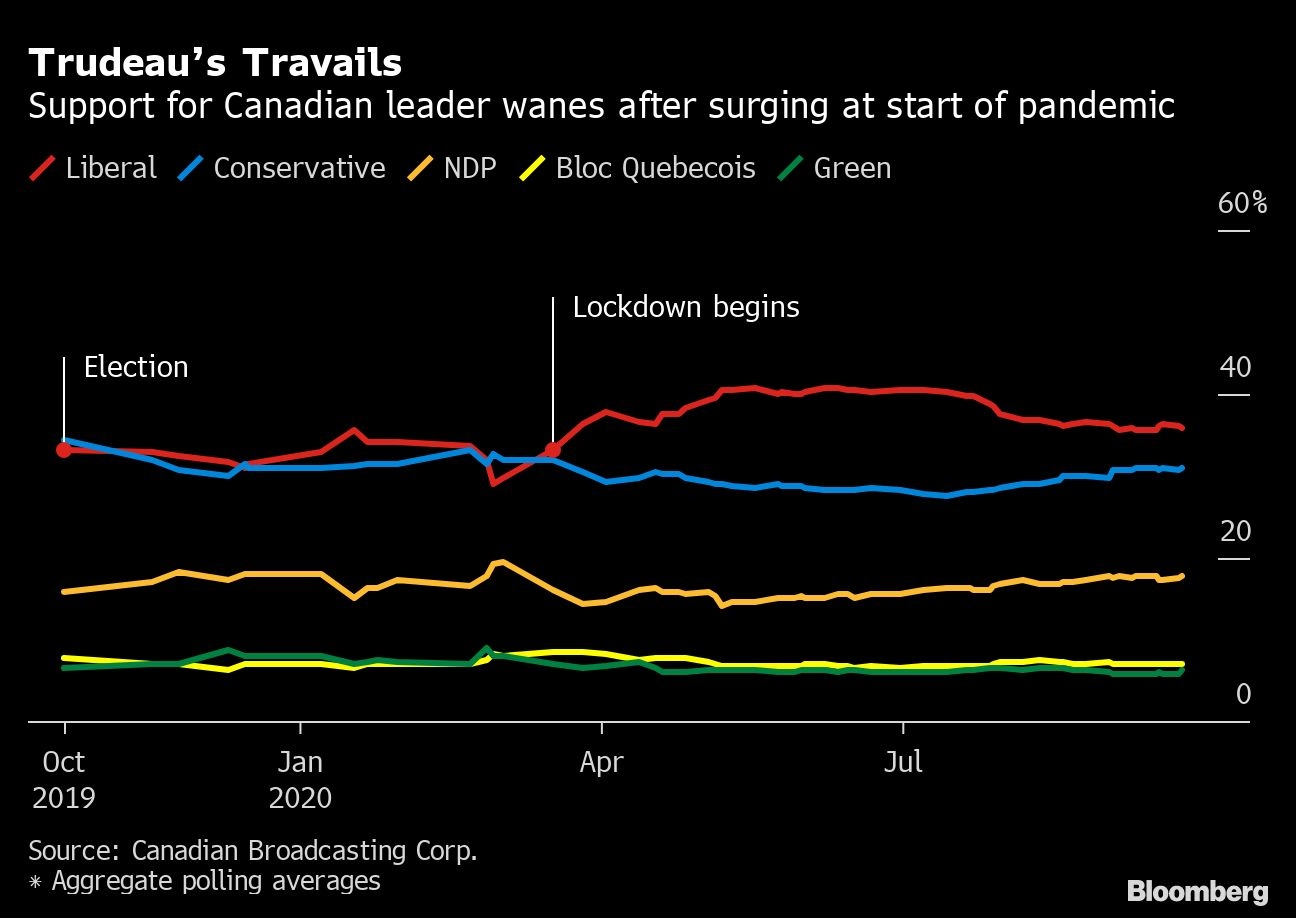 Canada’s currency has moved little since Trudeau outlined the plan, suggesting financial markets are expecting the two sides will be able to find common ground.

The main rival Conservatives immediately opposed the speech. The third-largest party, the separatist Bloc Quebecois, said Trudeau didn’t heed calls from provinces for more health-care spending. That left it up to the NDP to determine the government’s fate.

“There will still be some horse-trading before we know the government is safe in power,” Stephen Brown, senior Canada economist at Capital Economics, said in a report to investors.

Singh demanded Wednesday the Liberals introduce more access to paid sick leave and end planned reductions in unemployment benefits. He also wanted to see details of Trudeau’s plan fleshed out in legislation. The earliest lawmakers will be able to vote on the so-called Throne Speech is next week, but debate could stretch beyond that.

Trudeau told reporters last week he doesn’t want an election, calling it “irresponsible.” Two government officials, speaking on condition they not be identified, said they expect the NDP to eventually support the Liberals.

Economists share that view. “This is unlikely to bring down the government,” Rebekah Young, director of fiscal economics at Bank of Nova Scotia, said in a report to investors.

While Trudeau managed to retain power in last October’s election, his government lost its majority and received the lowest share of the popular vote -- at 33 per cent -- for any governing party in the nation’s history.

The average duration of the last three Canadian minority governments was just over two years.

--With assistance from Cedric Sam.