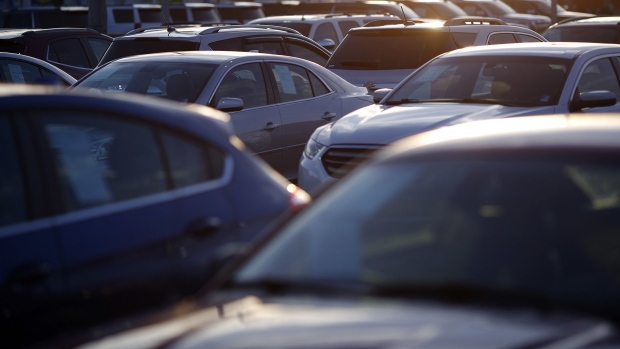 (Bloomberg) -- Truist Financial Corp. is feeling the impacts of inflation, but that’s not necessarily a bad thing.

Higher prices for expensive items like cars and sports equipment translate into bigger loan balances, offsetting some of the liquidity stockpiled by consumers during the pandemic, Truist Chief Financial Officer Daryl Bible said. That’s a welcome development as the banking industry continues to scrounge for loan growth.

“People talk about inflation more so on the higher personnel costs, but inflation also has a positive on the revenue side,” Bible said Friday in a phone interview following the company’s earnings call.

Higher premiums in the insurance market, driven by recent catastrophes, have also allowed the bank’s insurance unit to collect more revenue. Other fee-based businesses performed well in the third quarter, with non-interest income up 12% from the same time last year, the company said in a statement.

Even so, net interest margin at the third-largest U.S. regional lender by assets was down 29 basis points from a year earlier. Adjusted earnings still beat analyst expectations, clocking in at $1.42 a share.

Bible said the bank isn’t immune to the effects of higher prices, as its investment-banking arm and other units have been forced to keep pace with wage hikes that swept across Wall Street.

Still, he said the firm has room to trim costs as it finishes migrating customers to its current platform from predecessors’ systems. The Charlotte, North Carolina-based bank was formed by the 2019 combination of BB&T Corp. and SunTrust Banks Inc.

“We’ve spent the first two years of Truist really working on the conversions,” Bible said. “We’re really close to getting those conversions completed, and we’re actually getting back to the business of running the company now.”

He added that the firm is also positioned to benefit from a steepening yield curve. “It really depends on where and how rates move up, but it is definitely a positive sign for Truist and how we’re positioned today.”