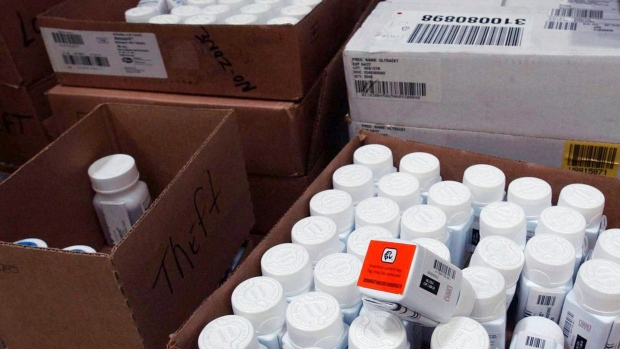 McKesson Corp. will help distribute a vaccine for the novel coronavirus in the U.S., President Donald Trump said on Friday, as part of the government’s efforts to speed an inoculation to the American public.

The company will be a central distributor of both vaccines and related supplies needed to administer them, the U.S. Department of Health and Human Services said in a statement. The government is exercising an option in an existing contract with McKesson.

“Today’s announcement puts another building block in place as the Nation moves toward a safe and effective COVID-19 vaccine,” said Centers for Disease Control and Prevention Director Robert Redfield in the statement.

McKesson’s vaccine distribution contract with the government started in 2017 and has the potential to total more than US$300 million, according to a federal spending database. The company has had similar contracts in the past, for example distributing the H1N1 vaccine during 2009-2010 H1N1 pandemic.

The deal is part of Operation Warp Speed, the government’s vaccine development program.

“We currently have three candidates in Phase 3 clinical trials and are on pace to have more than 100 million doses of a vaccine before the end of the year and 500 million doses shortly thereafter,” Trump told reporters at a White House briefing. “We’re ready logistically to distribute them -- our military is ready.”

While Trump has pushed for a vaccine to be authorized for U.S. use by November, there won’t be enough for everyone out of the gate and certain groups at high risk will likely be prioritized. The rollout of vaccines that can reach most Americans is expected to last until well into 2021, top administration officials, including National Institute of Allergy and Infectious Diseases Director Anthony Fauci, have said.

Drug distributors have faced scrutiny in the past over their role in the opioid crisis. Last year federal prosecutors investigated how drugmakers and distributors were involved in the flow of opioids into cities and towns across the U.S., including McKesson. In January, the company’s board reached a US$175 million settlement with investors for its inability to spot suspicious drug shipments. It has been involved in thousands of lawsuits related to the public-health epidemic.

McKesson shares gained as much as 5.1 per cent to US$160 following Trump’s announcement of the contract. Shares of McKesson rivals Cardinal Health Inc. and AmerisourceBergen Corp. also rose.