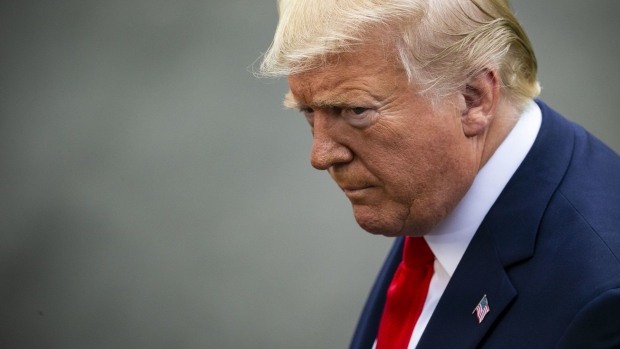 (Bloomberg) -- Donald Trump is appealing the dismissal of his lawsuit alleging that Twitter Inc. violated his free speech rights by banning the former president from its platform for his role in the Capitol riot.

Trump filed a notice of appeal with the federal court in San Francisco on Monday, saying he will take the case to the 9th US Circuit Court of Appeals.

The suit was dismissed in May by US District Judge James Donato, who ruled that Trump hadn’t shown Twitter was acting as a government censor when it banned him for violating its policy against tweets that glorify violence. Trump had argued that Twitter banned him at the behest of Democratic lawmakers.

Trump has vowed not to return to Twitter even if Elon Musk, who has agreed to buy the company, takes over and reinstates him. Musk says Twitter has censored free speech, although private companies aren’t bound by the First Amendment of the Constitution the way the government is.

Meta Platforms Inc.’s Facebook and Alphabet Inc.’s YouTube also suspended Trump after a mob of his supporters attacked the US Capitol in January 2021 to prevent Joe Biden from being certified as the winner of the 2020 presidential election.