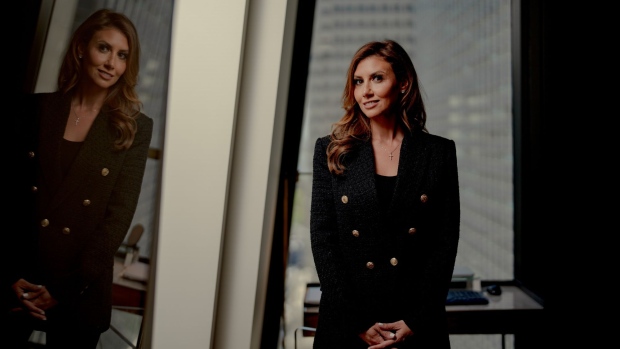 Attorney Alina habba at her apartment in the Midtown Manhattan neighborhood of New York, US, on Tuesday, May 10, 2022. Over the past year, Habba has taken over some of Donald Trump’s highest priority legal fights, including challenges to the New York attorney general’s probe of his business and his defense in a fraud suit brought by his niece. , Bloomberg

The investigation by New York Attorney General Letitia James is “harassing and overreaching” and tainted by the Democrat’s political animus toward the former president, Trump’s attorney Alina Habba said in a brief Tuesday with the 2nd US Circuit Court of Appeals.

The appeals case is moving ahead even as longtime Trump Organization Chief Financial Officer Allen Weisselberg could be compelled to testify against the company after agreeing to plead guilty in a related criminal fraud case brought by the Manhattan district attorney.

James’s press office declined to comment on the appellate brief.

A federal judge in May dismissed Trump’s suit against James, ruling the former president failed to present evidence that the investigation was started as a result of animus. James has argued she started the probe only after Trump’s longtime lawyer and fixer Michael Cohen testified to Congress that the Trump Organization was “cooking the books,” a claim the company denies.

“We look forward to the Second Circuit’s careful deliberation of the important issues in this case,” Habba said in a statement. “We strongly believe that the lower court both failed to properly apply the law and ignored novel issues unique to this case.”

A state court judge in Manhattan who is overseeing a parallel dispute over New York’s subpoenas has also ruled James’s probe is valid, saying it “would have been a blatant dereliction of duty” if she hadn’t investigated Trump. A February ruling by that judge resulted in Trump, Donald Trump Jr., Ivanka Trump and Eric Trump being questioned under oath by James.

“Attorney General James, just like respondent Donald J. Trump, was not deprived of her First Amendment rights to free speech when she was a politician running for a public office with investigatory powers,” Justice Arthur Engoron said.