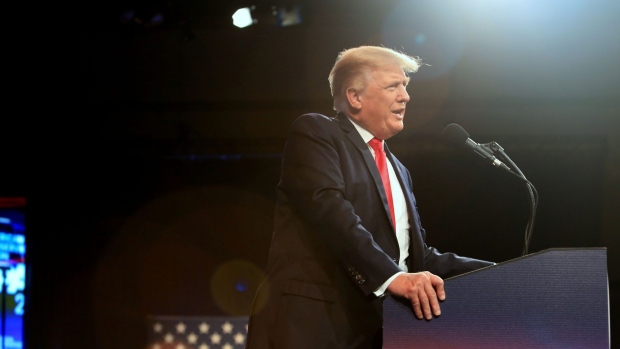 (Bloomberg) -- Former President Donald Trump asked the U.S. Supreme Court to block the release of his White House papers to a congressional committee investigating the Jan. 6 attack on the Capitol.

Trump is seeking to override President Joe Biden’s decision to waive executive privilege over the documents. A federal appeals court said Biden’s stance and Congress’s need for the documents combined to outweigh Trump’s claim of secrecy.

The case marks the first time the Supreme Court has been confronted with the fallout from the Capitol riot. The attack, which grew out of Trump’s efforts to overturn the presidential election results, took place as Congress was meeting to certify Biden’s victory.

In separate requests, Trump on Thursday asked the justices to take up his appeal and block release of the records in the meantime. The appeals court had given him 14 days to seek Supreme Court intervention. The documents will remain secret until the high court acts.

The disputed records, being held by the National Archives, include visitor and call logs, emails, draft speeches and handwritten notes. Trump is objecting to the release of about 800 pages of material, saying they involve protected presidential communications.

Trump and his allies have been resisting the House select committee’s effort to investigate the attack and determine exactly what role the former president played in the events of Jan. 6.

The U.S. Court of Appeals for the D.C. Circuit said in a 3-0 decision said the records were vital to the committee’s investigation.

The committee has “demonstrated a sound factual predicate for requesting these presidential documents specifically,” Judge Patricia Millett said for the panel, which consisted of three Democratic appointees. “There is a direct linkage between the former president and the events of the day.”