Prime Minister Justin Trudeau tried more than once to speak with President Donald Trump on the sidelines of UN meetings, a U.S. official says, but Trump avoided the Canadian leader because of a standoff in trade talks.

It was those attempted discussions that Trump was referring when he said he refused to meet Trudeau, the official said, rather than a request for a formal bilateral sit-down meeting, which the Canadians said they did not make. One such attempted encounter led to a brief handshake, with Trump remaining seated when approached by the prime minister.

The president added new pressure to trade talks Wednesday when he took aim at Trudeau and the Canadians, saying he won’t make the deal they’re seeking, that he doesn’t like Canada’s representative and that he might apply auto tariffs to the northern nation. Trudeau responded briefly on Thursday.

“The Americans are finding that the negotiations are tough because Canadians are tough negotiators, as we should be,” the prime minister told reporters in Ottawa. “A good and fair deal is still very possible. But we won’t sign a bad deal for Canada or for Canadians.”

Trudeau’s office didn’t respond to requests Wednesday and Thursday about whether the prime minister sought sideline discussions with the president. They only said they didn’t request a formal meeting.

In a lengthy press conference Wednesday, Trump said he rejected meeting Trudeau because of trade talks. The countries are working to reach a deal on how to update the North American Free Trade Agreement, after the U.S. and Mexico reached their own deal last month. 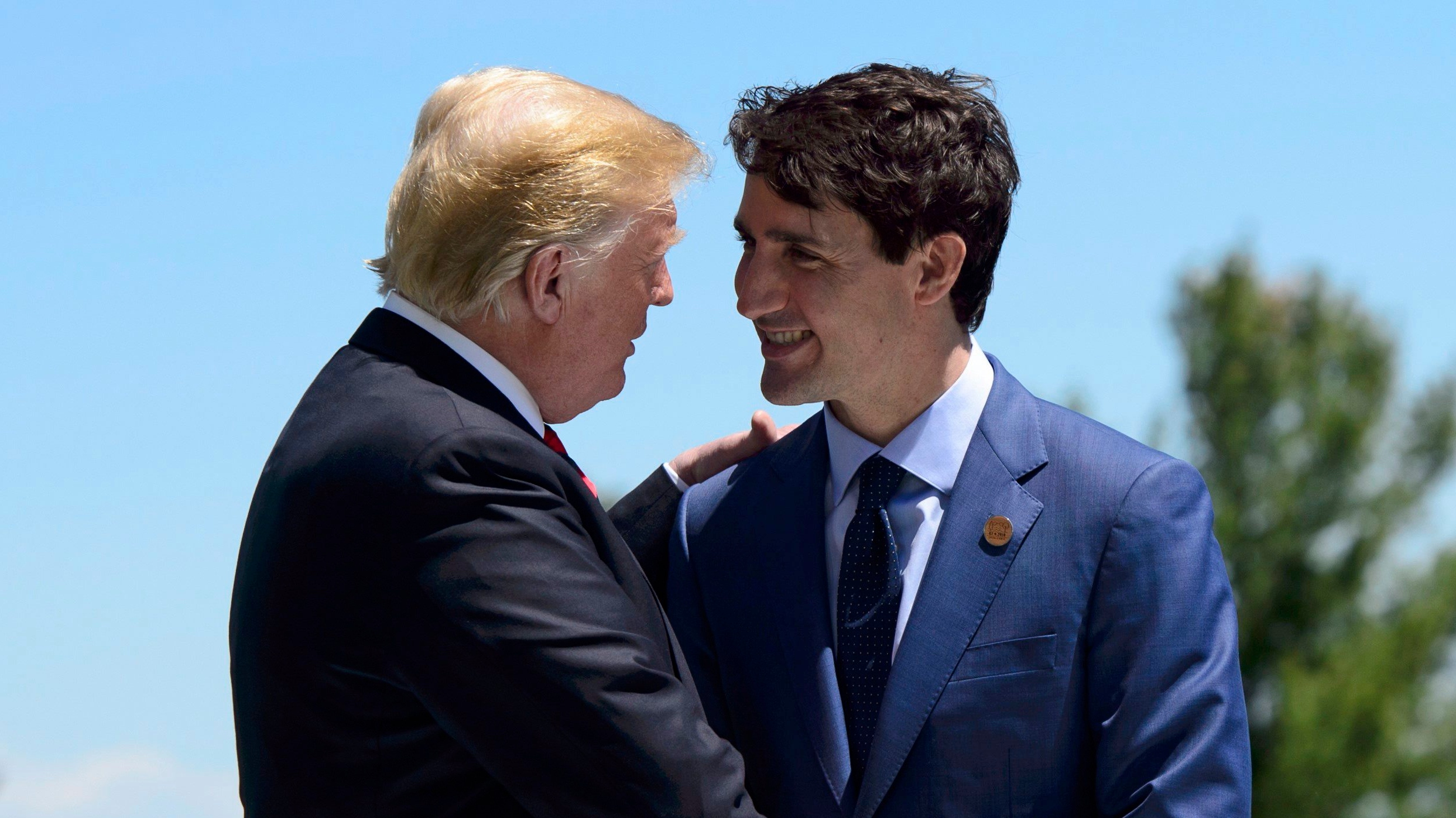 Do you think the U.S. and Canada will reach a trade deal by Sept. 30?

“We’re very unhappy with the negotiations and the negotiating style of Canada,” Trump said. “Canada has treated us very badly. Canada has a long way to go.” He said both that there’s a “good chance still” that the U.S. and Canada will reach a deal, but also that “probably or possibly” they won’t.

The president repeated a threat to impose auto tariffs if a deal can’t be reached. “If Canada doesn’t make a deal with us, we’re going to make a much better deal -- we’re going to tax the cars that come in.” He was asked twice if he’d quit the current NAFTA pact, and didn’t say. The Trump administration could face barriers in Congress if it tries to advance a deal without Canada.

Hassan Yussuff, a Canadian labor leader who sits on the government’s NAFTA advisory panel, chalked up Trump’s comments to “bluster” and said a NAFTA deal is actually “pretty well close to getting done.”

Trump cited dairy as a sticking point, but Yussuff said the Canadians needs a guarantee it won’t be hit with new tariffs if they sign a deal.

“Canada wants some assurances going forward that the president will not continue to use this, after we sign an agreement, to harass our industries simply because he’s mad at our prime minister,” the president of the Canadian Labour Congress told BNN Bloomberg television Thursday. “This president has always been a bit of a showboat and I think Canadians have become accustomed to this.”