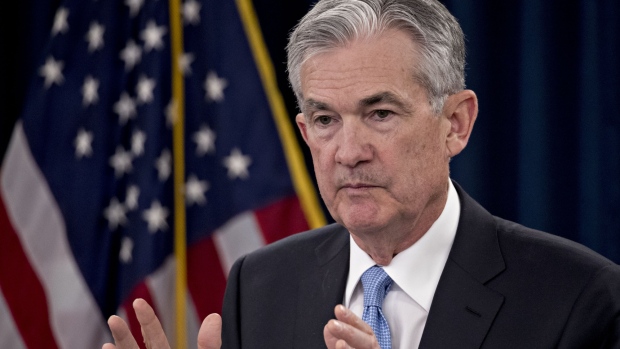 Federal Reserve Chairman Jerome Powell received a call from President Donald Trump on March 8 as concerns that day about the U.S. job market helped send stocks to their biggest weekly drop of the year.

For months, Trump has been pointing the finger at Powell and the Fed’s interest-rate increases for restraining the economy and spooking the stock market. The president has also tweeted his displeasure, most recently last Friday.

The criticism has continued behind the scenes, with Trump blasting Powell at three meetings in the past week and blaming Treasury Secretary Steven Mnuchin for recommending Powell for the job, the Wall Street Journal reported on Tuesday.

A Republican senator who attended last Tuesday’s lunch with Trump separately confirmed that the president complained about Powell being a drag on the economy. The senator has heard Trump make similar complaints in the past and is not worried Trump would try to fire Powell.

Senator Roy Blunt, a Missouri Republican, declined to comment about anything Trump has said privately about Powell, but said he’s confident Powell can’t be fired.

“The president’s been pretty public about that, so I wouldn’t want to comment about any meetings I was in. But I think it’s also a well-established view that the president can’t remove people who he nominates and gets confirmed. And I believe that’s Chairman Powell’s view also. I believe he’s been advised he can’t be removed.”

Concerns that the U.S. expansion was headed for a slowdown peaked early last month when the Labor Department reported on Friday, March 8, the worst month of job creation since September 2017. The president’s phone conversation with Powell, first reported in the Journal story, was confirmed by a Fed official. Stocks ended that week down 2.2 percent, the worst week since Dec. 21.

Trump also signaled privately that he may have no choice but to leave Powell -- whom he picked to lead the central bank -- in place.

“I guess I’m stuck with you,” the Journal quoted Trump as recalling he told Powell, citing a person who heard the comments at one of the meetings in the past week.

--With assistance from Erik Wasson and Laura Litvan.