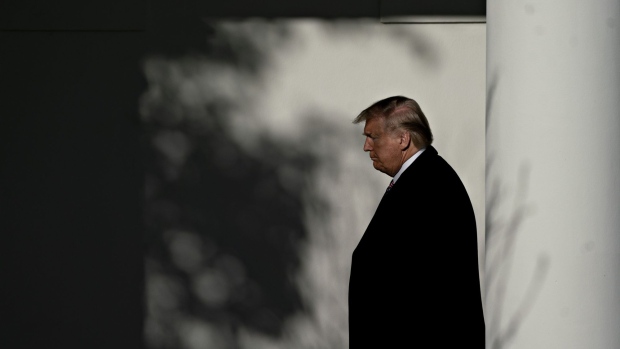 Donald Trump’s campaign assailed Google on Tuesday for changing its rules on political advertisements, charging that new limits imposed by the most-used U.S. internet search service would suppress voter participation in the 2020 election.

“There can be no denying that President Trump and his campaign have built the greatest digital operation in all of politics, and that Google’s decision will disproportionately impact both the Trump operation and all of the Republican candidates and organizations that derive strength from it,” the campaign said in a statement. But it said Democrats would be unfairly impacted as well.

“By severely restricting political advertising, Google is stifling the ability of citizens to participate in our democracy,” the campaign said. The statement was issued in conjunction with the Republican National Committee and other Republican Party election committees.

Alphabet Inc.’s Google said last week that it would ban candidates from targeting election ads based on people’s political affiliation, though the messages can be tailored based on gender, age and geography. The company also is eliminating a feature called Customer Match for political advertisers. The tool lets marketers upload their own lists of email addresses or phone numbers, and target ads specifically at those people.

A spokesperson for the company, who asked not to be identified, said in a statement that Google is aware that political strategists in both parties “have raised concerns about how our changes may alter their targeting strategies.”

“We believe the balance we have struck -- allowing political ads to remain on our platforms while limiting narrow targeting that can reduce the visibility of ads and trust in the electoral processes -- is the right one,” according to the statement.

Twitter Inc. has banned ads promoting political candidates on its platform altogether. Trump’s campaign manager, Brad Parscale, said that Twitter had “just walked away from hundreds of millions of dollars” after its announcement.

Facebook, the largest platform for online political advertising, has been under pressure to rein in campaign activity. Many Democrats have said Facebook has an obligation to fact-check ads it serves to its users, a suggestion the company has rebuffed, saying it doesn’t want to police political speech.

Google’s move has raised concerns from both parties, as well as non-profits who may be caught up in the new rules. Many campaigns use public voter rolls and canvasing campaigns to build lists of potential voters, which they then feed into digital advertising platforms to target specific individuals. Google won’t allow that on its system anymore.

It’s not clear if the Trump campaigns claim that the changes disproportionately affect him and other Republicans is true. His campaign was widely known for expertly using Facebook to target specific people and places during the 2016 campaign, and Democratic supporters have criticized their party for not being as savvy. But small, grassroots campaigns also benefited from Google’s targeting tools because they were easy to use.