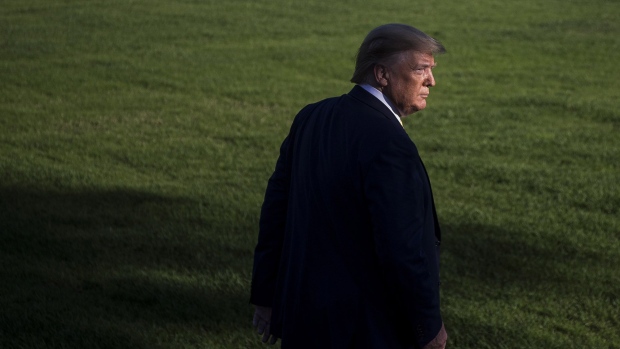 The U.S. is mulling a plan to withdraw from a global pact worth US$1.7 trillion in government contracts, a person familiar with the matter said, in a move that may anger close allies during a delicate moment for trade.

Officials in President Donald Trump’s administration are circulating a draft executive order that would trigger a U.S. exit from the World Trade Organization’s Government Procurement Agreement, or GPA, if the pact isn’t reformed in line with American views, according to the person, who asked not to be identified because discussions are ongoing.

A spokesman at the office of the U.S. Trade Representative didn’t immediately respond to emails seeking comment.

The purpose of the GPA is to open government procurement markets to foreign competition, and to help make public purchasing more transparent. An American withdrawal would create chaos for foreign companies that bid for access to the U.S.’s US$837 billion public procurement market and complicate nascent trade talks Washington is planning with the U.K. and European Union.

It could also pose problems for Canadian Prime Minister Justin Trudeau, who still needs to broker deals with his political rivals to ensure ratification of the U.S.-Mexico-Canada Agreement; Canada is the only signatory of the updated Nafta deal that still needs to ratify the free-trade accord. Procurement was a contentious issue in USMCA.

A U.S. withdrawal from the GPA would mean members including the U.K., Japan, South Korea, Canada and the EU will lose their preferential access to U.S. public procurement tenders. GPA members would instead become subject to the Buy American Act, which bars most foreign access to the U.S. government contracts without a specific waiver. The law does not apply to foreign procurement of U.S. public services contracts.

The U.S. awarded US$12 billion of government contracts to foreign firms in 2015, according to a 2019 report by the Government Accountability Office. About US$2.8 billion of those contracts went to the EU, US$1.1 billion to Japan, US$755 million to South Korea and US$623.6 million to Canada.

If acted upon, the U.S. move would fit Trump’s pattern of threatening to exit international pacts in order to increase leverage in negotiations, even when the party across the table is a close ally. Washington claims it scored a win using a similar approach with the Universal Postal Union, led by White House trade adviser Peter Navarro.

“It seems to me par for the course given the way the administration is operating,” according to Stuart Harbinson, a former senior WTO official and a senior consultant on international trade for the Brussels-based Hume Brophy communications agency. “Their general attitude is that the WTO needs them more than they need the WTO.”

The U.S. imposed tariffs on steel and aluminum imports before negotiating an updated free-trade agreement with Mexico and Canada. Trump has also renewed threats of placing levies on car exports from the EU as the two sides try to restart stalled talks on a trade agreement.