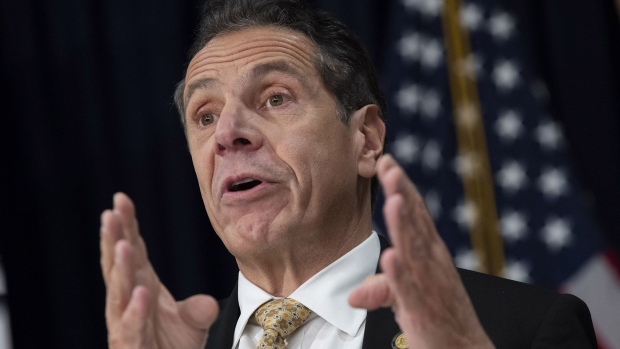 Trump and Cuomo met Thursday at the White House to discuss the Department of Homeland Security’s announcement last week that it would no longer permit New Yorkers to sign up for or renew enrollments in the Trusted Traveler programs, citing new limits on federal access to state driver’s license data aimed at protecting undocumented immigrants.

“New York is the only state that restricts CBP access to their data across the board – for law enforcement, customs, trade and travel facilitation purposes,” Acting Homeland Security Secretary Chad Wolf said in a statement after the meeting, using an acronym for Customs and Border Protection.

“Despite that, we will continue discussions with the State of New York to find a mutually agreeable solution,” said Wolf, who attended the White House meeting.

Cuomo said Wednesday he would offer a compromise that would let federal officials access state driving records on a case-by-case basis in exchange for allowing New Yorkers to once again use Global Entry and other Trusted Traveler programs.

But Cuomo, a Democrat, also sought to raise public pressure on Trump to reverse course. He called the administration’s decision “extortion” during a Thursday morning appearance on CNN.

“We will give you whatever information you want from the DMV database, from the motor vehicles database for the Trusted Traveler program. I’m cooperating. Will you now stop doing what you’re doing, which is gratuitous and retaliatory?” Cuomo said in the interview.

The dispute became an election-year proxy fight between the president and the prominent leader of a Democrat-run state over immigration, an issue Trump often uses to ignite his base.

“This is about the security of our country and the American people and nothing else,” she said on Fox News.

But hours later, Trump attacked Cuomo on Twitter, criticizing his policies in New York on immigration and taxes, complaining about a number of lawsuits the state has filed against him, and repeating a slur aimed at the governor’s brother, CNN anchor Chris Cuomo.

New York Attorney General Letitia James answered in a tweet: “When you stop violating the rights and liberties of all New Yorkers, we will stand down.”

She added: “BTW, I file the lawsuits, not the governor.”

Trump, a lifelong New Yorker, last year changed his primary residence to Florida in a move that could lighten his tax bill. The president owns the Mar-a-Lago club in Palm Beach, Florida, where he often spends weekend and holidays.

--With assistance from Justin Sink and Keshia Clukey.

To contact the reporter on this story: Jordan Fabian in Washington at jfabian6@bloomberg.net