The biggest drop in Canadian employment since 2009

Canada’s labour market may look weak against a blockbuster U.S. employment report on Friday but in fact both nations have added jobs at the same pace since President Donald Trump took office.

The U.S. economy has added 4.5 per cent more jobs since January 2017 when Trump was inaugurated president. Canadian employment increased at the same rate over that period under Prime Minister Justin Trudeau. 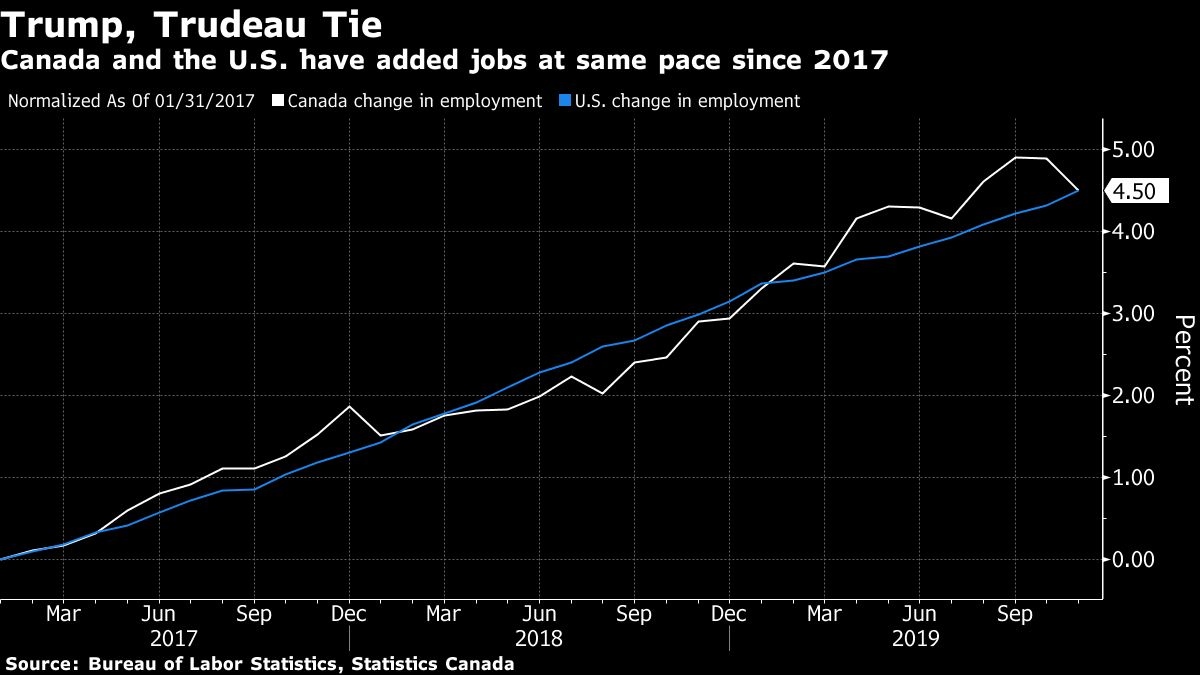 The most recent jobs data on Friday shocked markets. While the U.S. added 266,000 jobs, Canada shed 71,200. The dichotomy between the reports prompted Donald Trump, Jr. to call out Canada’s weakness.

For perspective the US is about 10X the population of Canada so this would be the equivalent of America shedding 700,000 jobs. Yikes!

Maybe Justin should watch @realDonaldTrump & learn how to create jobs... or go back to being a substitute drama teacher.

Though the two country’s jobs data aren’t completely comparable, Bank of Nova Scotia economist Derek Holt was quick to highlight the similar pace of growth between the two North American nations. Looking at other measures such as wage gains, job creation and the labour-force participation rate since November 2016, Canada has outperformed the U.S., he wrote.

“When it comes to assessing which country has had the strongest job growth since the U.S. election and who has the stronger overall labor market since the U.S. political rhetoric began heating up after the November 2016 election, a cross-section of evidence hands the first place trophy to Canada,” Holt said.

While the Trump administration and Trudeau’s Liberals have taken credit for the robust labor market in their respective countries, they’re likely to face challenging times.

--With assistance from Katia Dmitrieva and Erik Hertzberg.