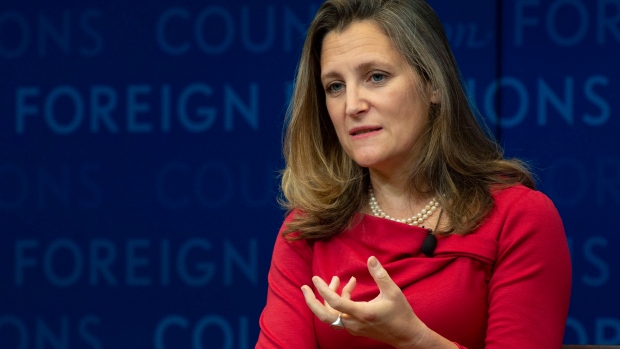 Freeland says U.S. businesses are making that argument and that gives momentum to Canada's ongoing efforts to have the levies lifted in 2019.

She says Canada's fight to remove the tariffs, imposed by the U.S. president, is being helped by the fact American businesses are calling for them to be lifted before the new continental trade pact can be ratified.

Freeland says their argument centres on the fact that a major section of the new agreement focuses on raising the content requirements of North American-built automobiles.

She says the imposition of tariffs on key components of autos -- steel and aluminum -- is a contradiction.

Canada, the United States and Mexico signed the new trade agreement on Nov. 30 but it needs to be ratified by each of their legislatures -- which could make for a bumpy ride through the U.S. Congress after the Democrats recently won control of the House of Representatives.