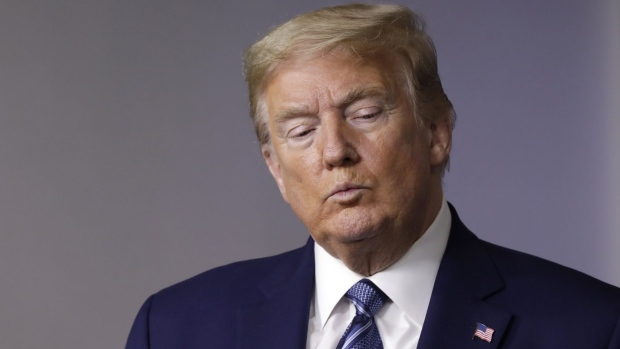 (Bloomberg) -- Patrick Orlando, whose status as an operator of blank-check firms skyrocketed last month when he reached a deal to bankroll former President Donald Trump’s media company, is scrapping one of his earlier ventures for hunting such transactions.

Orlando’s special purpose acquisition company Yunhong International Co. plans to dissolve and liquidate, redeeming public shares at $10.31 apiece, according to a regulatory filing Friday. Yunhong, based in Wuhan, China, cited its “inability to consummate an initial business combination” before a deadline specified in the company’s bylaws.

Orlando is chief executive officer of Yunhong, as well as another SPAC, Miami-based Digital World Acquisition Corp. That venture turned heads on both Wall Street and in the political realm in October when news emerged that Trump planned to launch a new media empire and take it public by merging it with the SPAC. Digital World’s stock soared as much as 1,600% in less than two days -- long before Trump’s app was even available for download.

SPACs, which raise money through an initial public offering and then hunt for a business to buy, typically must find a target within two years of the IPO. Unless managers and shareholders agree to extend the deadline, the vehicles return the cash raised.

Hundreds of SPACs, which have surged to unprecedented levels beginning in 2020, could soon be facing deadlines for completing mergers.

Orlando is also the CEO of Benessere Capital Acquisition Corp., another SPAC based in Miami.