President Donald Trump will give the EU and Japan 180 days to agree to a deal that would “limit or restrict” imports into the U.S. of automobiles and their parts, in return for delaying new auto tariffs, according to a draft executive order seen by Bloomberg.

According to the order, which people familiar with the matter say Trump is expected to sign this week, the administration has determined that imports of cars into the U.S. present a threat to national security because they have hurt domestic producers and their ability to invest in new technologies.

A report by the Commerce Department had found that America’s innovation capacity “is now at serious risk as imports continue to displace American-owned production.” Trump was facing a May 18 deadline to make a decision on auto tariffs.

“The lag in R&D expenditures by American-owned firms is weakening innovation and, accordingly, threatening to impair our national security,’’ according to the draft executive order.

Spokespeople for U.S. Trade Representative Robert Lighthizer and Commerce Secretary Wilbur Ross did not immediately respond to a request for comment. 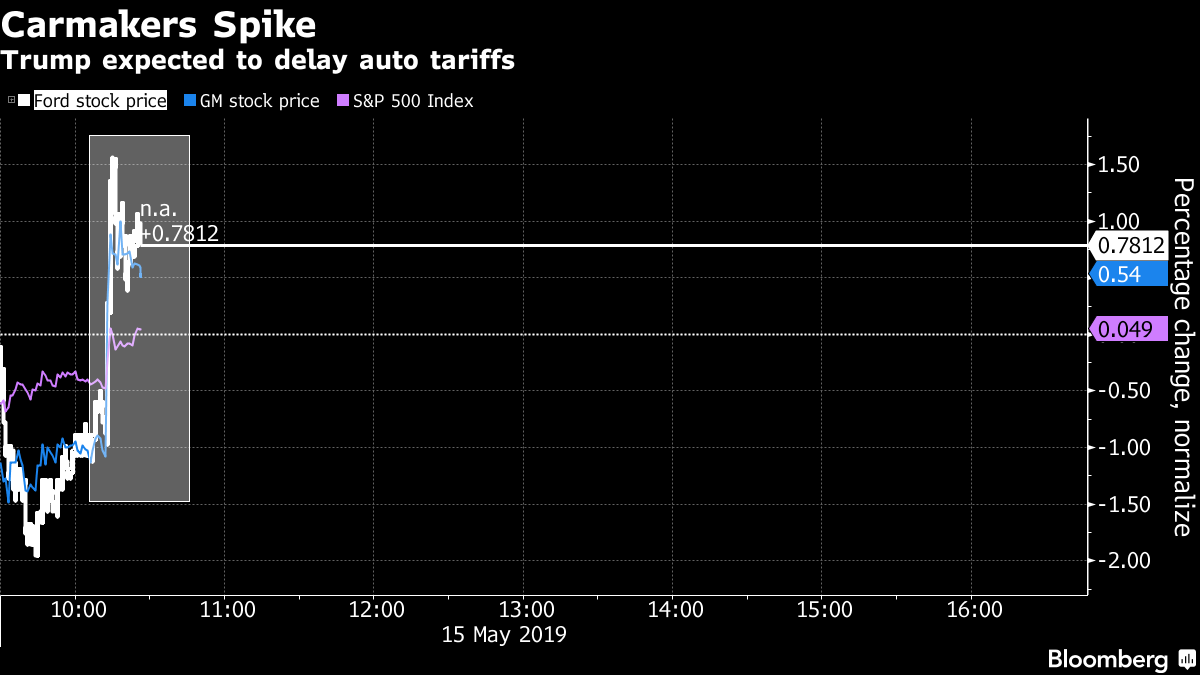 Japanese and European officials have made clear a quota arrangement like the one that Mexico and Canada agreed to in the new Nafta is a red line for them. The U.S. is in talks with both trading partners but autos are not currently part of discussions with the EU.

As reported by Bloomberg News earlier on Wednesday, Trump will refrain from imposing tariffs for up to six months as trade negotiations with the EU and Japan are underway.

The proclamation will exempt South Korea from any future tariffs because it has renegotiated the U.S.-Korea Free Trade Agreement, or KORUS, last year. Korean officials for months have lobbied the White House for an exemption of the potential tariffs but USTR wouldn’t commit to agreeing on one.

Canada and Mexico agreed to limit exports of cars and parts to the U.S. as part of a renegotiated Nafta, although the limits are far above current exports.

The U.S. imported US$191.7 billion in passenger vehicles and light trucks in 2018 with more than US$90 billion of those imports coming from Canada and Mexico, which are duty-free under NAFTA. Passenger cars are now subject to a 2.5 per cent U.S. tariff but Trump has threatened to raise that to 25, arguing that the EU and other countries have higher barriers to U.S. auto exports.

American allies Mexico, Canada, Japan and Germany are the leading sources of imported cars and trucks.