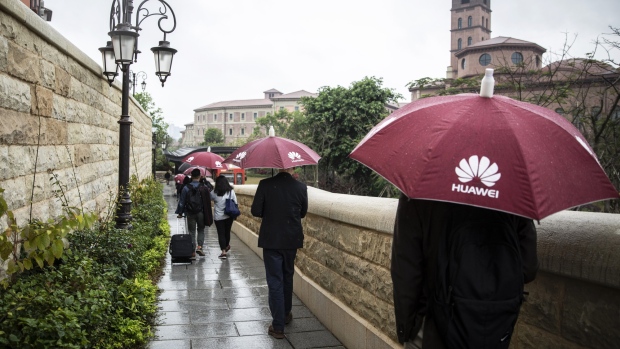 President Donald Trump plans in coming days to sign an executive order that would prohibit American firms from using gear made by foreign telecommunications companies that pose a security threat, according to an administration official. , Bloomberg

President Donald Trump plans in coming days to sign an executive order that would prohibit American firms from using gear made by foreign telecommunications companies that pose a security threat, according to an administration official.

The official, who was granted anonymity to discuss a sensitive issue, said on Tuesday night that the order was not meant to single out any country or company. U.S. officials have said that equipment made by Huawei Technologies Co.., a Chinese telecommunications firm, could be used to spy on behalf of the Beijing government. Huawei has denied the allegations.

The official also said that the order, which could be signed as soon as Wednesday, has nothing to do with the recent escalation of the trade conflict with China.

In January, the administration was preparing the action, which could significantly restrict Chinese state-owned telecom companies from operating in the U.S. over national security concerns, people familiar with the matter said at the time.

The order, as it was conceived earlier this year, would not outright ban U.S. sales by the companies, but would give greater authority to the Commerce Department to review products and purchases by firms connected to adversarial countries, including China, one of the people said.

Huawei is pushing to take a global leadership position in 5G technology, but many American officials suspect the company’s products could be used by Beijing to spy on Western governments and companies. Both Huawei and ZTE Corp. have also been targeted by the U.S. for alleged schemes to dodge American sanctions on Iran.

Ren Zhengfei, the company’s founder and Meng’s father, has denied espionage allegations and a link to China’s government. Meng remains under house arrest in Vancouver while the legal proceedings unfold.