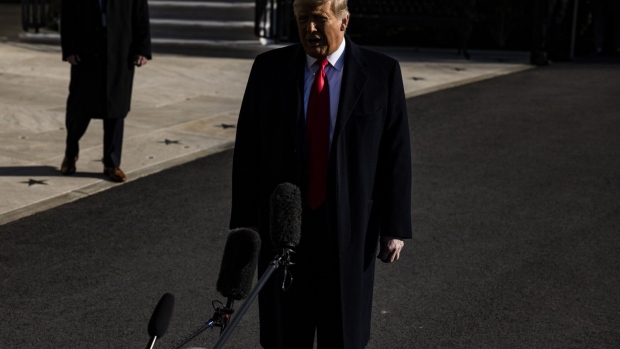 (Bloomberg) -- President Donald Trump considered signing onto the Twitter alternative Parler, using the pseudonym “Person X,” before it was shut down, according to the conservative social media platform’s chief executive officer.

In a court filing Wednesday supporting Parler’s request to have a judge order Amazon to reinstate the service, Matze said he believed Parler was cut off to deny Trump a platform on any large social-media site.