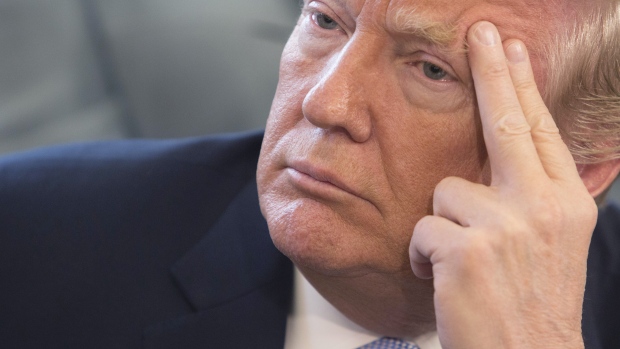 U.S. President Donald Trump’s push for a quick resolution to NAFTA talks is being stymied by persistent differences among the U.S., Canada and Mexico over a handful of the make-or-break issues.

After seven rounds of talks rotating between the three countries, negotiators have entered what they’ve called a permanent round in Washington and are expected to keep going until a deal is struck.

Digging in for more technical talks starting on Monday, they remain at loggerheads over regional content rules for automobiles and other sticking points, even as U.S. Vice President Mike Pence and Canadian Prime Minister Justin Trudeau said over the weekend that an agreement could be wrapped up in weeks.

A meeting between cabinet-level trade officials planned for last week to deal with the toughest issues was canceled when U.S. Trade Representative Robert Lighthizer decided to skip a regional summit in Peru. It’s unclear when it can be rescheduled.

While talks are continuing on less contentious topics such as the environment and financial services, they weren’t the catalysts that spurred Trump to call for a renegotiation of the decades-old trade deal in the first place. And on key topics -- from cars to government procurement -- the U.S. is sticking with demands that its partners consider untenable.

Although leaders of the countries say a deal could be completed within weeks, that won’t be possible if the sides remain as far apart on the most important points as they are now, according to people familiar with the talks.

“Ultimately, he is going to have to find a way to claim a victory while backing off of a whole host of U.S. proposals. I don’t know how you do both,” Dias said.

Emily Davis, a spokeswoman for USTR, declined to comment.

Trump’s negotiating team is pushing for a deal by early May. That’s in order to meet U.S. timelines for having an agreement approved, at the latest, by the lame-duck Congressional session following mid-term elections in November, according to two people familiar with the negotiations.

While Mexico has a presidential election in July, the nation has fewer legal timing requirements, and a potential deal reached as late as August could probably be debated and voted on before the nation’s next Senate is seated in September. Mexico’s new president will take over in December; President Enrique Pena Nieto isn’t eligible for another term.

Other trade talks could potentially complicate the near-term schedule. Several Mexican negotiators will be in Brussels this week in a push to close an update of the nation’s 17-year-old free-trade agreement with the European Union, said two people familiar with the schedule.

Economy Minister Ildefonso Guajardo plans to join them later in the week, and is expected to remain there next week, when Pena Nieto arrives in Germany for Hannover Messe, an industry show where Mexico is the chosen partner country this year. Mexican negotiators are aiming to announce the close of that agreement with the EU during Pena Nieto’s visit.

Deepening ties with the EU is part of Mexico’s push to diversify from the U.S., which was the destination for 72 per cent of the nation’s US$435 billion in exports last year.

Schedulers are attempting to arrange this week’s Nafta talks around the Mexican negotiators who are departing Washington for Belgium. Topics on the agenda include labor guidelines, financial services and agriculture, according to two people familiar with the plans.

Talks last week included a focus on content rules for cars, where the U.S. is pushing for more regional content and higher salaries for Mexican factory workers. Progress has been clouded by the lack of a paper proposal from the U.S. -- its suggestions continue to be debated verbally without any clear text, according to the people.

And on the key topic of autos, the impasse that’s existed since the initial U.S. proposal was presented in October still stands.

The differences in positions contrast with the upbeat public statements by the top officials in the U.S., Canada and Mexico, who’ve expressed optimism recently about the process.

“I’ll leave this summit very hopeful that we are very close to a renegotiated Nafta,” Pence told reporters at the Summit of the Americas in Lima.

After the meeting with Pence, Trudeau said the “positive momentum” included the thorny issue of U.S. demands around automobile production. “We would like to see a renegotiated deal land sooner rather than later,” he said.

--With assistance from Andrew Mayeda Josh Wingrove and Greg Quinn