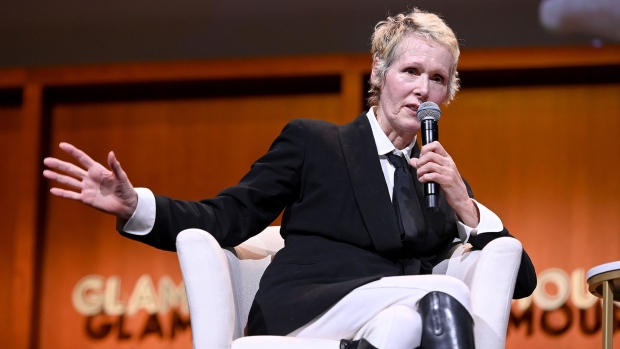 (Bloomberg) -- A New York advice columnist who claims Donald Trump raped her two decades ago said the U.S. Supreme Court’s ruling Thursday that the president doesn’t have absolute immunity from state legal proceedings means her defamation suit against him should go forward.

E. Jean Carroll, who went public with her claims last year and sued Trump after he called her a liar, is fighting his request to delay her case. She said Friday in a filing in New York state court that her suit falls under the precedent established by the Supreme Court when it ruled that Manhattan District Attorney Cyrus Vance was entitled to see Trump’s tax returns and other financial records as part of a grand jury investigation.

Trump has strongly denied Carroll’s allegation that he raped her in a department-store dressing room. His lawyer, Marc Kasowitz, didn’t immediately return a call seeking comment.

Though the president does enjoys protection from federal prosecution or lawsuits over conduct in office, Trump had argued in the Vance case for even broader immunity applying to actions under state law. He had asked for a stay of Carroll’s suit on the grounds that his immunity would soon be determined.

“Trump argued that state and federal courts are completely different for purposes of assessing presidential immunity,” Carroll’s lawyer, Roberta Kaplan, wrote in a letter to the court urging denial of Trump’s request for a stay. “However, the United States Supreme Court resoundingly rejected the central premises of that argument yesterday by a vote of 7-2 in Trump v. Vance.”