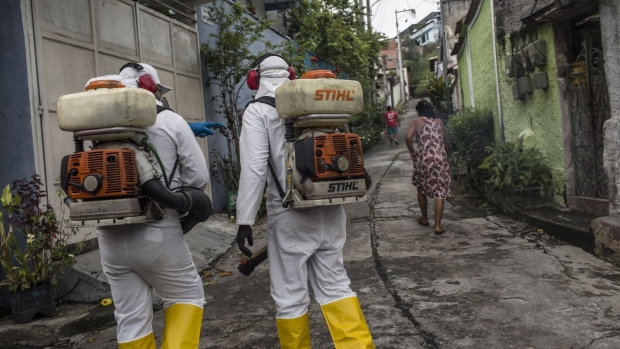 The U.S. will prohibit the entry of most non-U.S. citizens arriving from Brazil, where coronavirus cases have spiked to the second highest in the world, expanding restrictions already placed on visitors from China and Europe.

The order begins at 11:59 p.m. on Thursday, at which point the entry of foreigners who’ve been in Brazil during the 14-day period before their arrival into the U.S. will be halted, White House Press Secretary Kayleigh McEnany said Sunday.

The restrictions, foreshadowed earlier on Sunday by National Security Adviser Robert O’Brien, don’t apply to the flow of commerce between the U.S. and Brazil. Exemptions apply for various individuals.

Trump said last week he was considering barring the entry of flights from Brazil, and he continued to float the idea, culminating in Sunday’s directive.

“Brazil is having some trouble, no question about it,” Trump said on May 19 at the start of a cabinet meeting. “I don’t want people coming in here and infecting our people.”

The U.S. Centers for Disease Control and Prevention has determined that Brazil “is experiencing widespread, ongoing person-to-person transmission of” the coronavirus, according to Trump’s proclamation on Sunday.

O’Brien said on CBS’s “Face the Nation” that he hoped any action taken would be temporary -- although restrictions placed on other countries haven’t been lifted so far.

“Because of the situation in Brazil, we’re going to take every step necessary to protect the American people,” O’Brien added.

Brazil added 15,813 new coronavirus cases on Sunday and reported another 653 deaths. The South American nation now has 363,211 confirmed cases, trailing only the U.S. globally. Its death toll of 22,666 is behind the U.S. and some of the most infected European countries, including the U.K. and Spain.

Trump’s move was announced on a day when Dias Toffoli, chief justice of Brazil’s Supreme Court, took medical leave after experiencing Covid-like symptoms after being in the hospital for an unrelated matter.

Neither Brazil’s presidential palace nor its foreign ministry immediately responded to a request for comment on the U.S. travel restrictions.

O’Brien said the rest of South America, where coronavirus cases are lower, would be looked at “on a country-by-country basis.”

Trump restricted entry into the U.S. from China in late January and suspended most European travel to the U.S. in March.

--With assistance from Fabiana Batista and Jordan Fabian.