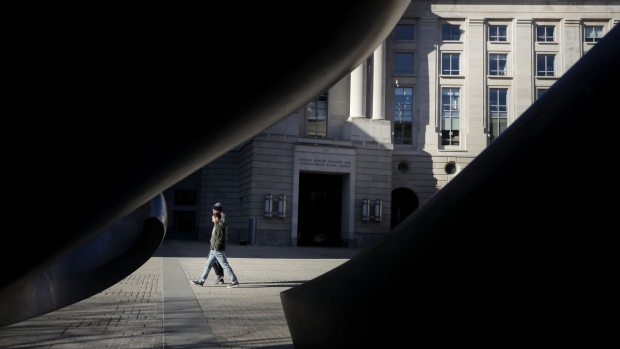 (Bloomberg) -- Mandy Gunasekara, a former top air policy official at the EPA, is set to become the agency’s chief of staff after nearly a year touting President Donald Trump’s environmental record from outside the government.

Gunasekara is expected to take the position at the Environmental Protection Agency in March, following the departure of current chief of staff Ryan Jackson, according to two people familiar with the matter who asked not to be identified discussing a personnel decision. Jackson is leaving to become senior vice president of government affairs at the National Mining Association.

Asked about the appointment, Environmental Protection Agency spokeswoman Corry Schiermeyer said: “Ryan Jackson is chief of staff at EPA until Feb. 21st, at which time Michael Molina will serve as acting chief of staff.”

Even after she left the administration roughly a year ago, Gunasekara didn’t stop advancing Trump’s environmental agenda. She founded a pro-Trump advocacy group, dubbed Energy 45, to promote the president’s environmental and energy record.

She has been a relentless champion for the president and his agenda, appearing on Fox News and writing opinion pieces that celebrate his administration’s decisions to rewrite rules governing greenhouse gas emissions from coal power plants and oil wells.

Gunasekara also has criticized environmental policies advanced by Democrats, including presidential candidates and Alexandria Ocasio-Cortez, the freshman tepresentative from New York, who has advanced the Green New Deal blueprint for rapidly decarbonizing the economy.

“Under President Trump we have the cleanest air and water on record, energy-sector jobs are on the rise, and we have created the first ever blue-collar boom in our nation’s history,” she said in a fundraising email earlier this month.

Like Jackson, Gunasekara worked for Senator James Inhofe, an Oklahoma Republican who wrote a book entitled “The Greatest Hoax: How the Global Warming Conspiracy Threatens Your Future.” In 2015, he hoisted a snowball in the Senate to argue that climate change was not a pressing problem. It was Gunasekara who handed Inhofe the snowball. She sat behind him during his speech.

To contact the editors responsible for this story: Jon Morgan at jmorgan97@bloomberg.net, John Harney, Shamim Adam