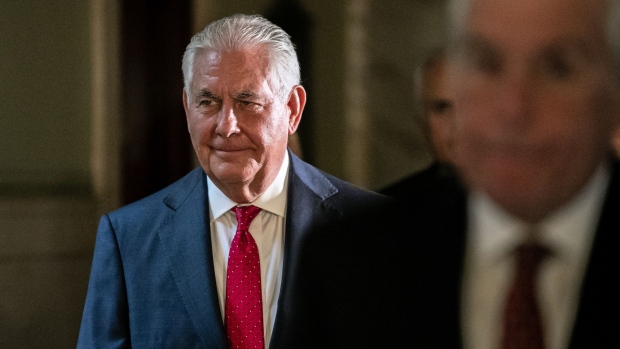 Tillerson, who led Exxon Mobil Corp. for more than a decade before Trump recruited him to oversee the U.S. State Department, told a prayer breakfast at a Houston oil conference on Tuesday that his departure from politics saved his life.

During his final two months in the Trump administration, the 69-year-old Tillerson said he was plagued by stomach pain that he shrugged off to stress, poor eating habits, long travel and little sleep. After his diagnosis with Stage II kidney cancer, he underwent successful surgery to remove the tumor, he said.

“I am certain that if I remained at State and Washington D.C., I would have continued with that stomach pain,” Tillerson told attendees at the World Petroleum Congress. “And by the time we would have found it, it probably would have been at Stage III, or even worse. God brought me home to save my life.”