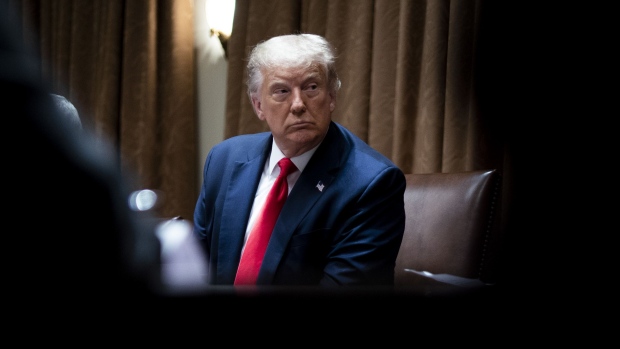 As the presidential election nears, American voters are sure to be asked if they’re better off financially than they were four years ago.

Donald Trump isn’t. The president’s net worth has declined US$300 million in the past year to US$2.7 billion, erasing 10 per cent of his fortune since he took office, according to the Bloomberg Billionaires Index.

The drop marked the sharpest decline since Bloomberg began tracking his fortune in 2015. It started with a decrease in income across the Trump Organization’s portfolio of office buildings and was compounded by the coronavirus pandemic’s impact on property markets.

Trump’s critics would say some of that is his own fault. They have accused him of failing to take the pandemic seriously as it spread, pushing a dubious drug therapy instead of mask-wearing, and leaving states to bid against each other for scarce medical supplies. The president has falsely claimed the country would have fewer cases if there were less testing.

Some corners of the economy are holding up, thanks to massive stimulus efforts by the government and the Federal Reserve, and a rapid acceleration of e-commerce. Still, the toll on real estate, travel and leisure continues.

Declines in the value of the president’s office building at 40 Wall Street, his iconic Trump Tower on Fifth Avenue and properties owned jointly with Vornado Realty Trust accounted for some of the biggest hits to his net worth. His golf courses also lost value amid a broader slide in prices, as fewer young people take up the sport.

The nation’s high infection rate and death toll have rocked businesses belonging to the commander in chief at a crucial time. Late last year, Eric Trump, who’s been running the business while his father is in the White House, began floating a potential sale of their hotel in Washington. In June, Vornado said it was exploring options to “recapitalize” two office towers it co-owns with the Trump Organization. The pandemic and uncertain outlook for the economy and property market make finding new investors a challenge.

The White House referred a request for comment to the Trump Organization, which offered no statement. A representative for Vornado didn’t respond to messages seeking comment.

Trump entered office with a net worth of US$3 billion -- he claimed US$10 billion -- after a campaign that leveraged his image as a successful businessman promising to usher in broad-based prosperity. After he took over from President Barack Obama, the stock market continued marching higher, which Trump frequently pointed out on Twitter.

Critics saw something else: divergent outcomes for those with money to invest and those without. The virus has created other splits, with tech companies and investment banks posting gains, while retail, travel, leisure and property companies founder.

For the Trump Organization, the figures could still get worse. The pandemic’s full impact on his empire has yet to play out. Full-year 2019 financials provided to his lenders showed revenue down and expenses up at his office properties well before the virus pain set in. A government-mandated financial disclosure made public last month offers last year’s figures for Trump’s hotel, resort and golf businesses. 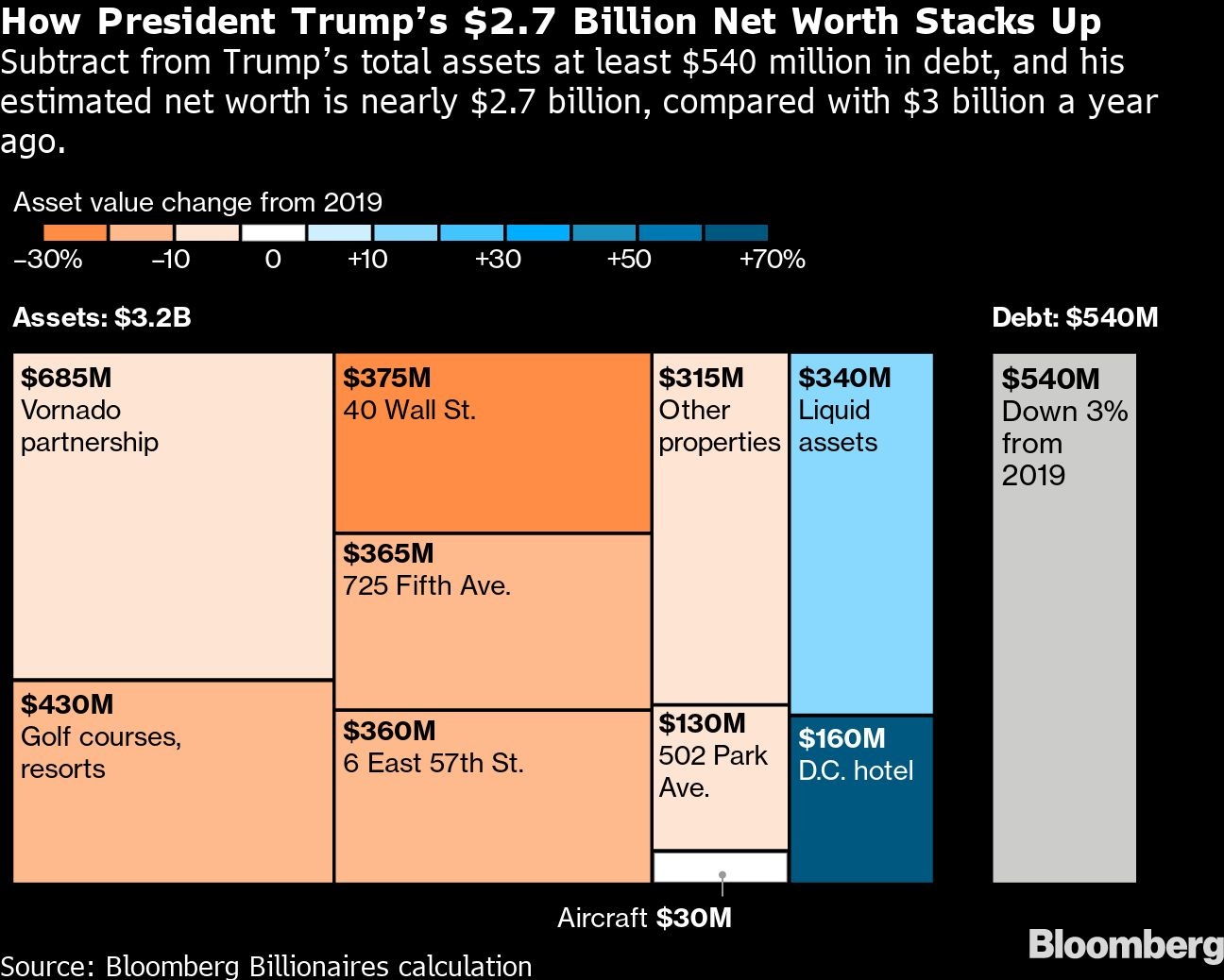 Trump’s Manhattan properties are his workhorses, throwing off steady cash flow that the company has used to push further into the less reliable golf business. Around the corner from Trump Tower is a cavernous storefront that formerly housed Niketown, a unique perch along one of the world’s most valuable shopping corridors. But Nike moved out in 2018. Nike’s new landlords agreed to make payments on the lease, which is up for renewal in 2022. But the lack of an occupant raises questions about the space’s future, especially with the pandemic crushing many retailers. Average rents for New York retail already have fallen to their lowest level since 2011.

Trump does have disadvantages, including that he’s ineligible for some of the U.S. relief programs he’s signed into law. But his property holdings have some notable strengths -- and advantages over peers.

Trump Tower and 40 Wall Street have relatively little leverage, and could potentially take on more if needed. The president’s hotels, resorts and golf courses benefit from enthusiastic Republican visitors. Those operations also get a cash injection from the government every time Trump visits with a retinue of staff and security guards. According to a Washington Post tally this month, the president has spent all or part of 383 days at his golf clubs and other properties since taking office.

And there are bright spots. The president’s branding and licensing businesses continued to generate tens of millions dollars last year, even as some properties that previously licensed the Trump name cut ties. Early offers for his hotel in Washington showed investor appetite for the asset, which has thrown off US$40 million of revenue annually, though bids were nowhere near the US$500 million that the Trump family originally sought for it. Trump pays the federal government US$3 million annually to use to the property.

One possible transaction that shouldn’t be hindered by the pandemic: the sale of one of the company’s helicopters. The Trump Organization listed the 1989 Sikorsky with mahogany paneling, pale leather and gold fixtures without an asking price. It was featured on Trump’s TV show, “The Apprentice.”

“We currently have three helicopters and with my father in Washington (and not even allowed to use them), we simply don’t need them all,” Eric Trump wrote in an email this month.