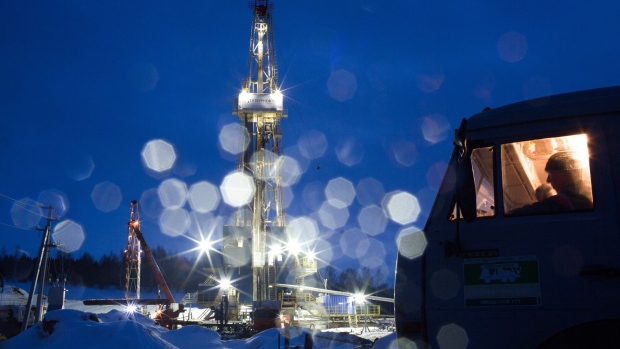 Russian oil companies received at least $905 million in additional revenues between November and July, data compiled by Bloomberg show. The calculation is based on difference between the Urals spread to the Brent benchmark over the period compared to the five-year average.

The sanctions added to a jump in demand for Russian crude in the wake of output cuts from the Organization of Petroleum Exporting Countries and their partners. As a result, Russia’s Urals blend of crude has tarted to regularly trade at a premium to Brent.

“There is a shortage of competing heavier, sourer crude right now as a result of sanctions on Iran and Venezuela, but also because of OPEC+’s current production cut agreement,” Konstantsa Rangelova, analyst at JBC Energy, said by email. “Urals in the Mediterranean is at an all-time high.”

The Bloomberg calculations are based on terminal data, oil loading programs for Russian ports and information from a trader monitoring S&P Global Platts oil assessments. The estimate doesn’t include any of the overall effect on Brent prices from Trump’s policies or the OPEC+ deal, just the shift in relative prices.

The U.S. announced sanctions against Venezuela in late January and removed the remaining waivers for buyers of Iranian oil from May. The measure created a shortage of the heavy, sour kind of crude that the two export, a variety similar to that produced in Russia. While this oil is considered to be of lower quality, some refineries are built to process it and switching to other grades is costly.

Urals has traditionally traded at a discount to Brent. Over the past five years, a barrel of the Russian crude was on average $1 cheaper than the benchmark in the Mediterranean and $1.63 cheaper than in Northwest Europe, a spokesman for S&P Global Platts said in an emailed comment, citing the company’s price assessment data.

The discount shrank last November after Trump restricted global purchases of Iranian oil, according to data compiled by Bloomberg and information from the trader. Since the beginning of 2019 the Urals discount to Brent in Northwest Europe has regularly turned into a premium of as much as $0.86 per barrel, the data show. In the Mediterranean region, a traditional domain of Iranian oil, the premium has at times grown to more than $1 per barrel.

The spread may shrink soon as the end of the summer driving season and start of autumn maintenance at European refineries curbs demand for Urals, Rangelova said.

To contact the editors responsible for this story: Gregory L. White at gwhite64@bloomberg.net, Natasha Doff