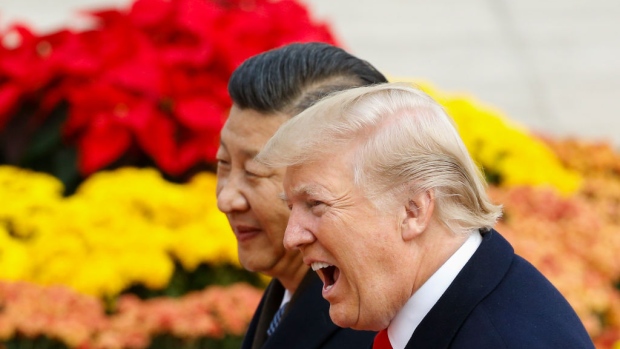 President Donald Trump’s approach to trade policy had set new benchmarks of incoherence and irresponsibility even before his threat to impose escalating tariffs on imports from Mexico — but this latest maneuver takes the cake. The administration plans to harm businesses north and south of the border, and to impose additional new taxes on U.S. consumers, not to remedy a real or imagined trade grievance but to force Mexico to curb migration to the U.S.

This is a radical and disturbing development. The administration is invoking a law that allows it to impose emergency economic sanctions. It’s safe to say that Congress never envisaged that those powers would be used in a case like this.

Republican Senator Chuck Grassley, who has supported many of Trump’s previous moves on immigration, said it plainly: “This is a misuse of presidential tariff authority and counter to congressional intent.” It’s also, by the way, a straightforward violation of U.S. commitments under existing trade treaties. In effect, even the pretense that the U.S. is adhering to a legitimate, rule-bound trade policy has been all but abandoned.

And the message it sends to Canada, China, the European Union and other U.S. trading partners is wholly counterproductive. Negotiations on the deal Trump proposed as a successor to Nafta have only recently concluded; his earlier tariffs on Mexican steel were lifted just days ago. This new threat has nothing to do with those matters, U.S. officials explained: It’s about immigration, not trade. What are other governments to make of such a claim? They’re bound to wonder why they should ever enter into good-faith commitments with such an erratic and unreliable administration.

The Constitution makes Congress chiefly responsible for trade policy. Various laws have delegated power to the executive branch over the years — but conditionally, on the understanding that presidents would use it to protect national security and promote rule-based commerce, not dismantle the global trading system. This power is being systematically abused, and Congress should move to take it back.

Republicans who claim to stand for free trade — a longstanding party principle — have lacked the courage of their convictions. And those who complained bitterly about presidential overreach by Barack Obama have been awfully quiet about this president’s flagrant abuse of executive authority. They should stop quivering and start legislating.

The problems at the border are real — but they’re partly this administration’s fault. More than two years after taking office, Trump has failed to adapt to a change in immigration flows from single Mexican males seeking work to Central American families and unaccompanied minors seeking refuge. He has resorted to draconian methods that have only brought more misery to the most vulnerable while failing to remedy the situation.

A better approach would be to work with Mexico to strengthen its southern border. Instead of cutting off aid to Central America, as Trump plans to do, the U.S. should provide more, and help El Salvador, Guatemala and Honduras defeat the gangs that smuggle migrants north. It also needs to spend more on its overstretched asylum and immigration court systems, and on Border Patrol facilities, so that applicants can be processed as speedily, humanely and fairly as possible.

But more is at stake here than control of the border. From the start, Trump’s failure to understand that trade is a matter of mutual advantage, combined with his contempt for international rules and norms, has threatened the global economic order that the U.S. designed and built. This latest decision suggests that Trump’s willingness to gamble with the country’s prosperity, and that of one-time friends and allies, is greater than previously supposed.

The prospects for global trade and output were already uncertain. Now, Trump is risking not just a slow and steady reduction in investment thanks to heightened anxiety over trade, but a sudden collapse in confidence that could roil financial markets and bring on an outright recession. It’s increasingly urgent that Congress curb this president’s ability to conduct a potentially ruinous trade policy.