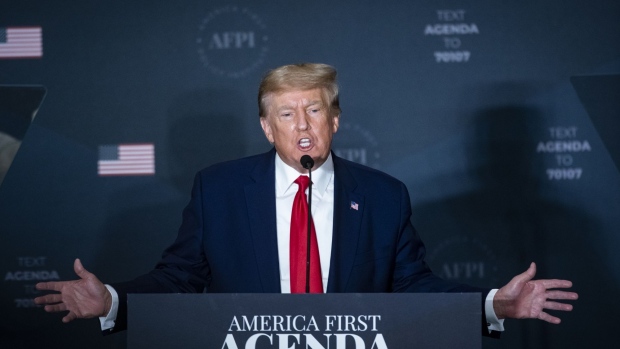 (Bloomberg) -- Former President Donald Trump has to turn over his tax returns to a congressional committee, a federal appeals court ruled.

The US Court of Appeals for the District of Columbia Circuit rejected Trump’s appeal of a lower court’s ruling allowing the tax returns to be sent to the House Committee on Ways and Means.

The committee said in a tweet it expects to receive the tax returns and audit files requested immediately. Dylan Peachey, a spokeswoman for the committee, said additional details would released soon.

The court’s ruling adds to the legal pressure on the former president and comes on the heels of the FBI executing a search warrant at Trump’s Florida home.

The chairman of the House Ways and Means Committee, Democrat Richard Neal, requested six years’ worth of Trump’s returns from the IRS in 2019, citing a 1924 law that allows the chairmen of three tax committees in Congress to ask the US Treasury secretary for the returns of any taxpayer.

“With great patience, we followed the judicial process, and yet again, our position has been affirmed by the Courts,” Neal said in a statement Tuesday. “I’m pleased that this long-anticipated opinion makes clear the law is on our side. When we receive the returns, we will begin our oversight of the IRS’s mandatory presidential audit program.”

Trump can appeal the ruling, though it’s unclear if the US Supreme Court will elect to take it because it has already considered similar cases.

The Supreme Court ruled last year that Trump’s taxes could be turned over to a prosecutor in Manhattan. In a separate case at the Supreme Court, the justices asked that lower courts review whether a House request for the returns was “no broader than reasonably necessary.”

Neal’s committee could vote to release them or a summary of their findings to all 435 members of the House, effectively making the information public.

Though presidents and candidates for the White House aren’t required by law to show voters their tax returns, it has been common practice for decades. Trump is a rare exception. During his campaign and while serving as president he declined to make public his tax documents.