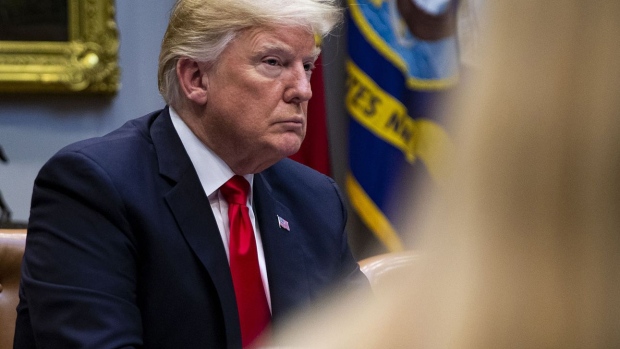 President Donald Trump’s policies on trade do not work because imposing tariffs on goods from certain countries will result in product being imported from other nations, former World Trade Organization Director General Pascal Lamy said.

Placing duties on Chinese goods to reduce the U.S. trade shortfall “is all wrong, because the trade deficit is not the problem,” Lamy said Thursday in an interview on Bloomberg Television. “What is produced in China and what is imported by the U.S. will be produced elsewhere, mostly outside the U.S. The price for tariffs is being paid by U.S. consumers and this is a negative development for the U.S. economy.”

The U.S. trade deficit narrowed in 2019 from the widest in a decade, reflecting plunges in shipments from China and oil imports, data showed Wednesday. While Trump frequently cites the deficit as evidence of the failure of his predecessors’ trade policies -- even though most economists don’t dwell on the indicator -- the gap remains more than 20 per cent wider than before he became president. That reflects steady gains in American consumer spending, which drives imports.

The annual merchandise-trade deficit with China -- the principal target of Trump’s trade war -- narrowed 17.6 per cent after hitting a record in 2018, the data showed. Imports from the country slumped 16.2 per cent, exceeding the drop in 2009 during the global financial crisis, while shipments to China declined 11.3 per cent, the biggest drop since at least 2003.

That pushed China down to third place among America’s top trading partners for goods in 2019, as Mexico vaulted to the top spot, slightly ahead of Canada. The merchandise deficits with Mexico and the European Union hit records.

Trump wants to see reform of the WTO, the 25-year-old body that he calls “the worst trade deal ever.” Lamy, who headed the institution from 2005 and 2013, agrees on the need for change.

“The WTO needs to be reformed in order to adjust to the size and the behavior of China today,” he said. “This is why the solution is in reinforcement, renegotiation and an improvement of the WTO disciplines and not in bilateral tariff wars.”