Trade wars are good, and easy to win. So U.S. President Donald Trump said last year as he embarked on his first round of tariffs on foreign imports.

It seems that things have proven so good and easy that he’s readying for another bout. Trump is prepared to increase a 10-per-cent levy on US$200 billion of imports from China to 25 per cent on Friday, he tweeted on Sunday — instantly popping any hopes that trade talks were on their final approach toward an amicable resolution.

The president had a justification for casually slapping a US$30 billion trade impost via tweet — the Chinese will pay anyway.

That’s actually not “Mexico will pay for the wall”-level delusion. In theory, the argument has pretty solid grounding: If the U.S. puts a 25-per-cent tax on widgets imported from China, American consumers will switch to buying cheaper, untaxed widgets from some other country. Chinese widget factories will cut prices to retain market share and end up paying a good portion of the tariff costs.

That neat theory breaks down once you move away from simplified economic models into the real world. 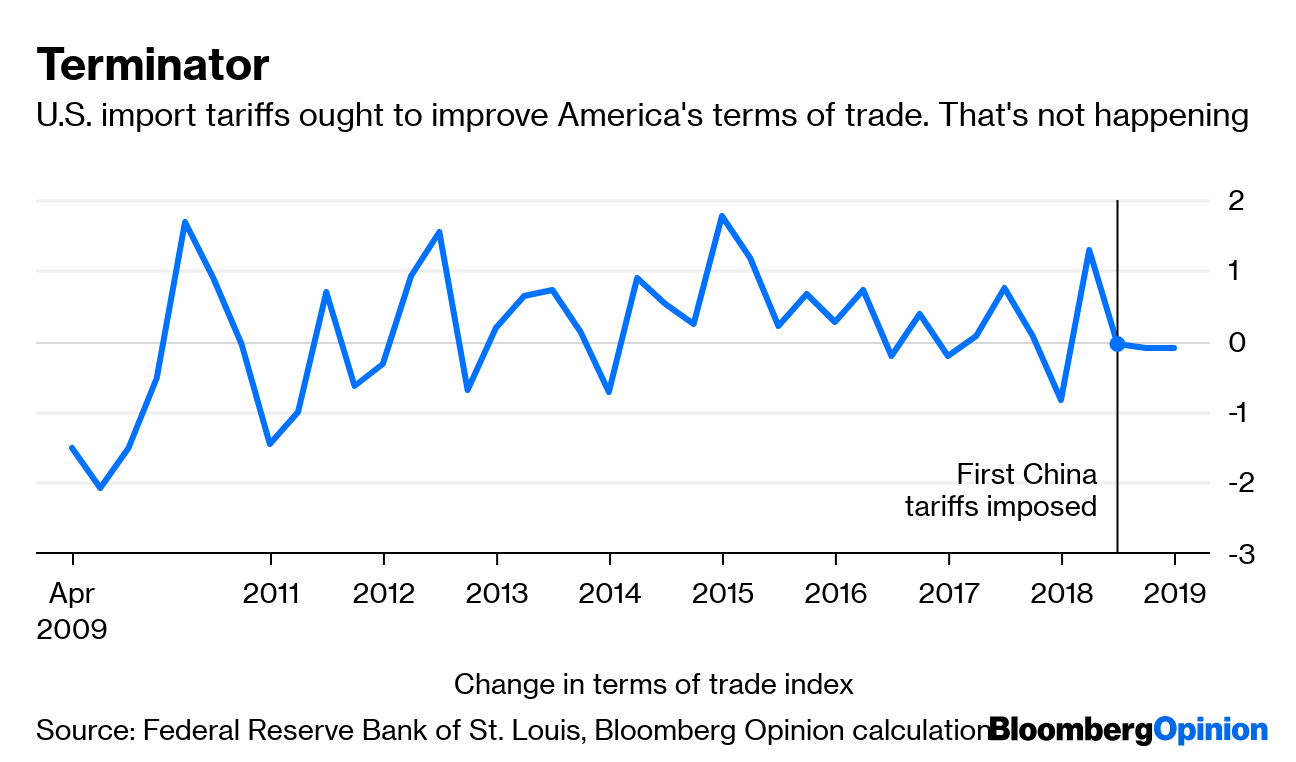 Take dining tables. Washington put a 10-per-cent tariff on furniture, along with a host of other consumer products, last September. The U.S. buys roughly half its imported furniture from China. And U.S. furniture retailers hold onto their inventory for three to four months before making a sale.

A sensible retailer would have been worrying about the increased levy long before it was actually raised, but it’s likely their first move was simply to raise the price.

For one thing, retailers generally want to lift prices to the extent competition will allow. For another, U.S. Trade Representative Robert Lighthizer carefully pruned the list of affected product lines to exclude frequently purchased items where higher prices would cause sticker shock, and political opposition, among U.S. consumers. By the same token, furniture retailers can be fairly confident that customers haven’t bought a dining table this decade, so won’t be too sensitive to price movements.

That’s exactly what economists led by Aaron Flaaen of the Federal Reserve found in a paper last month. Not only did earlier Trump administration tariffs on washing machines raise the price of those goods — retailers also jacked up the price of tumble driers that weren’t levied, perhaps to maintain a semblance of parity between the prices of the two rarely purchased products.

At some point, you’d expect this effect to go away. If U.S. furniture retailers were faced with a permanent tariff on Chinese dining tables, they might switch to alternative suppliers in (say) Mexico, Vietnam or Malaysia. That ought to lead to Chinese factories paying more of the levy, as retailers pressured them to lower prices if they wanted to retain market share.

The problem is that it’s not straightforward to move a US$38 billion industry to a new country overnight. Dining table factories in Mexico, Vietnam and Malaysia are unlikely to have the spare capacity to substitute for China — total U.S. furniture imports from the three countries are less than half the China trade alone. It’s a similar picture across a range of other industries — in most categories where China is a significant presence, it accounts for  more than a third of U.S. imports.

If the U.S. furniture store gets in touch with a factory in Ho Chi Minh City looking to replace its Chinese dining table imports, the Vietnamese managers have to ask themselves whether it’s worth spending money on a new production line or hiring extra workers. Maybe it is — but if President Trump turns round next month and drops the tariffs again, they may find themselves with a load of spare capacity that’s unable to compete in the new levy-free world.

As economists led by Mary Amiti of the New York Fed wrote in a paper published in March, the full incidence of the U.S. tariffs imposed to date – some US$1.4 billion a month – falls on domestic consumers. A separate paper led by Pablo Fajgelbaum at the University of California, Los Angeles last September came up with the same result. America’s terms of trade are at a high level – but they’ve been gradually declining ever since the second quarter of last year, just before the first major round of China tariffs was imposed.

With Trump's Twitter feed being such an unpredictable stream of consciousness, it’s possible this latest broadside will be forgotten and trade talks will be back on by the time Fox & Friends next airs. Perhaps it’s even a high-stakes negotiating tactic. But rash actions, and misunderstanding policy, have real-world effects. China is now considering canceling a trip to Washington by its top trade negotiator Liu He.

Harnessing U.S. trade policy to the weather vane in the Oval Office isn’t a good way of protecting the U.S. economy.