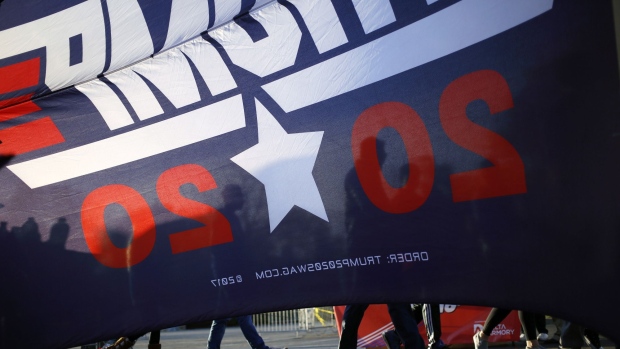 U.S. President Donald Trump was accused of continuing to block critics from his Twitter account two years after a judge said that silencing detractors on the social-media platform was a violation of the First Amendment.

“The president lost this battle more than two years ago when a federal court held that his practice of blocking critics from his Twitter account violates the First Amendment,” Katie Fallow, a senior staff attorney at the New York-based institute, said in a statement. “It shouldn’t take another lawsuit to get the president to respect the rule of law and to stop blocking people simply because he doesn’t like what they’re posting.”

Trump uses Twitter regularly to promote his policy agenda, retweet his supporters and positive news articles, and to attack his political enemies. On Thursday he used his account to suggest that Election Day be delayed, saying without evidence that mail-in voting will lead to fraud.

The free speech group says the White House unblocked the plaintiffs from the first lawsuit as well as dozens of others who were blocked on the basis of their viewpoint.

But it says the White House has refused to unblock Twitter critics who fall into two categories: those who can’t pinpoint the tweet that provoked Trump to block them, and those who were blocked before the president took office. The new lawsuit will focus mostly on those categories, the group said.