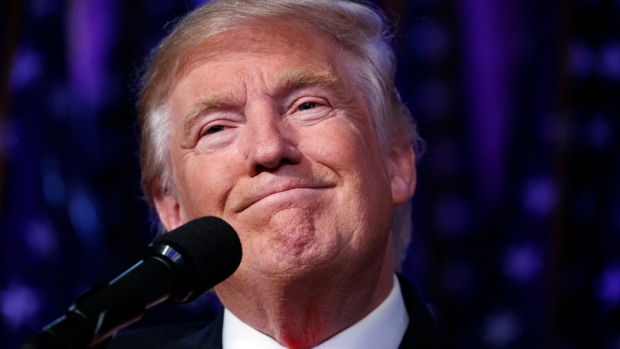 I was not one of the believers, hence the news overnight that Donald Trump and the Republicans captured a clean sweep (winning the White House and both sides of Congress) was a big surprise to me.

Now the question becomes: What does it mean?

The simple answer is we can guess, but it’s too early to really know. How will Trump’s campaign rhetoric of ripping up NAFTA, erecting a wall between Mexico and the U.S., and reversing the policies of Dodd-Frank & Obamacare play out in real life? As a result, investors should consider a few items when pondering what it means for their portfolios.

Given that markets appeared to have positioned for Hillary Clinton to win (albeit with a split Congress), expect a reversal in pricing for stocks and other assets that had moved to discount such an outcome during the past few days. One obvious example of the Clinton ‘crowded trade’ was selling drugs stocks. Shares in these companies should enjoy a short-term relief rally. Similarly, the clean energy policies of Clinton were long expected to be bad for coal stocks. However, Trump has the reverse view. The President-elect wants to encourage more U.S. drilling of oil wells and won coal belt states including Kentucky based on his support for the continued use of coal. Consequently, it would be logical to expect coal stocks to rally and early stage clean energy related companies to see the wind come out of their sails. But, in the end, we really don’t know if these thoughts will become reality.

What will Trump mean for resources? As mentioned above, if he promotes more oil drilling, especially in light of yesterday’s cut by OPEC on its long-term price forecast for oil to US$60 in 2020, the supply-demand picture could get worse.

What about metals? The price of gold typically benefits from uncertainty and inflation, but if Trump is going to spend big and run up deficits, rising real interest rates could hurt the price of gold. Base metals could benefit from Trump’s talk of infrastructure spending; however, if he follows through on being tough with China and takes actions that reduce global trade, then demand growth may not be large enough to offset the continued supply overhang that exists for most base metal and primary material commodities.

And how will the election play into the current lumber negotiations going on between Canada and the U.S.? Tough to think it’s a positive for Canada’s lumber companies.

What about Canada’s manufacturing sector? Our companies that compete against Mexican manufacturers could easily have a rougher time of it in the short term given the roughly 10 per cent decline in the Mexican peso-U.S. dollar currency pair overnight. In contrast, shares in Canadian companies that conduct most of their business outside of Canada could benefit from the likely decline in the CAD-USD trade that could occur if the shift in oil supply discussed above actually happens.

As you have read, there are a multitude of Whats and Ifs to consider. Hopefully, Mr. Trump will provide clarity on much of this uncertainty prior to his move into the White House on January 20th, 2017.

However, amidst all this uncertainty, one item is very clear to me. The markets are telling us that, at least for now, the shift to higher interest rates is going to continue, especially at the longer end of the yield spectrum. Consequently, the yield curve, which is the difference between the yield captured on a 10-year government bond versus a two-year government bond, is likely to steepen. This action is unequivocally good for shares of U.S. banks, life insurance companies and mortgage REITs.