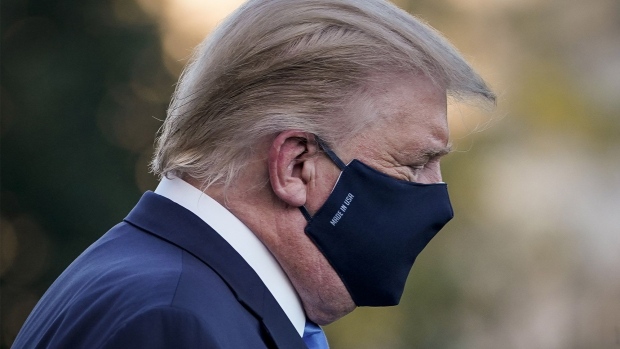 President Donald Trump is getting almost every medication available to help him fight off the new coronavirus. That might not be a good thing.

It’s a well-established phenomenon with its own name: V.I.P. Syndrome. Wealthy and well-known patients often have easy access to the most cutting-edge medical treatments. Taking care of high-profile personalities can put physicians under added public pressure, increasing the incentive to try out highly touted new medicines and procedures.

The aggressive embrace of exotic and unproven therapies can be a double-edged sword if it leads doctors to bypass standard care. Disease has no regard for prestige or political power. Experimental treatments often don’t hold up with more time and study. Still, the temptation to take every available measure is strong.

“Presidents get treated differently,” said Art Caplan, director of medical ethics at New York University Grossman School of Medicine. “Doctors get more aggressive. They are going to go in there and do everything that they can. You don’t want to be blamed for losing his life.”

Trump’s willingness to gamble on experimental treatments is well-established. He took the malaria drug hydroxychloroquine as a protective measure in May after an aide tested positive for the virus. He didn’t get infected, but subsequent studies failed to show the drug offers any benefit.

Since his diagnosis, Trump has been given a mix of experimental pharmaceuticals, most not yet individually approved and widely untested in combination. He is also taking over-the-counter drugs including zinc, melatonin and the antacid Pepcid, the White House has said.

One of the first compounds given to Trump was Regeneron Pharmaceuticals Inc.’s antibody cocktail, which only a few hundred people have taken. While it has shown promise in early-stage trials, there is no evidence of its safety and efficacy in combination with Gilead Sciences Inc.’s antiviral drug remdesivir, which was also administered to Trump.

Trump’s doctors said Sunday they have also added dexamethasone to his care. While the steroid has been used for decades, there appears to be no data on how it might interact with remdesivir and Regeneron’s antibody drug in combination.

Sean Conley, Trump’s personal physician, has said he won’t skip any therapies that might benefit the president.

“We are maximizing all aspects of his care, attacking this virus in a multipronged approach,” Conley said during his first briefing about Trump’s condition. “This is the president and I didn’t want to hold anything back. If there was any possibility that it would add value to his care and expedite his return, I wanted to take it.”

The idea that doing something is better than inaction is a pervasive myth in medicine, said Vinay Prasad, associate professor of medicine at the University of California, San Francisco. More than 90 per cent of people recover from Covid-19 without doing anything, he said.

“From the point of view of what’s best for his health, it’s bad medicine,” Prasad said. “The reason we do the studies in the first place is we don’t know if the drugs work, let alone when they are given with other drugs that haven’t been proven.”

The impression that prominent people have access to more treatment options, even if they are yet to show any benefit in large, rigorous studies, could be harmful, doctors said.

“It’s scientifically not a sound approach and it sends a message to the American people that if you are a V.I.P. there is something you can get that the rest of us can’t,” Jeremy Faust, an emergency medicine doctor at Brigham & Women’s Hospital in Boston and editor of Brief19, a daily roundup of news on SARS-CoV-2. “We don’t give that medication to the average person not because we don’t care about them. It’s because we don’t know if it will help or not.”

Additionally, doctors said it could become harder for companies to enroll patients in clinical trials, where patients could be given a placebo instead of an experimental therapy, when well-known patients are granted unimpeded access to medicines still being studied in the lab.

“You are getting this messaging from prominent people that clinical trials are for average folks, and special folks, we just give them what works,” said Prasad. “It’s going to poison our ability to do studies for years to come.”

Conley acknowledged that his approach could make it more difficult to track Trump’s progress.

“Given that we provided some of these advanced therapies so early in the course, much earlier than most of the patients we know and follow, it’s hard to tell where he is,” Conley said on Saturday.