U.S. President Donald Trump said China wants to make a deal as he praised comments by the country’s chief negotiator for trade, offering a more conciliatory tone after escalating tensions in recent days.

"They want to make a deal very badly," Trump said during a press conference from the Group of Seven meeting in Biarritz, France. "The tariffs have hit them very hard."

Trump also noted remarks made earlier Monday by China’s top trade negotiator, Vice Premier Liu He. "He wants to see a deal made, he wants it to be made under calm conditions," Trump said. "He used the word calm, I agree with him.”

U.S. stocks added to gains as Trump spoke at the press conference and 10-year Treasury yields held close to a three-year low.

Liu said at the opening ceremony of the 2019 Smart China Expo in Chongqing: “We are willing to solve the problem through consultation and cooperation with a calm attitude,” according to a Caixin report. “We firmly oppose the escalation of the trade war,” he said, adding that it “is not conducive to China, the U.S. and the interests of people all over the world.”

Earlier Monday Trump said the prospects for a deal with China are better now than at any time since negotiations began last year, even as a top state-media editor in Beijing questioned his version of events.

Trump said China last night called “our trade people and said let’s get back to the table.” He also lauded President Xi Jinping as a “great leader” and said “anything’s possible” when asked if he would delay tariff increases on China.

“You can say we’re having very meaningful talks, much more meaningful than I would say at any time frankly,” Trump said while meeting with German Chancellor Angela Merkel on Monday. “Maybe I’m wrong but we’re in a stronger position now to do a deal, a fair deal for everyone,” he added.

Still, a spokesman for China’s foreign ministry wasn’t able to immediately confirm the details of the phone calls on Monday. Later, Hu Xijin, editor-in-chief of China’s Global Times newspaper, said in a tweet that top trade negotiators hadn’t spoken by phone in recent days and that Trump was exaggerating the significance of the trade contacts.

Trump later, at a separate bilateral meeting, insisted that calls were had at the highest level and was not aware that China was disputing them. U.S. Treasury Secretary Steven Mnuchin, also in Biarritz, said "there were discussions that went back and forth and let’s just leave it at that.”

Based on what I know, Chinese and US top negotiators didn't hold phone talks in recent days. The two sides have been keeping contact at technical level, it doesn't have significance that President Trump suggested. China didn't change its position. China won't cave to US pressure.

Trump’s comments mark the latest twist in months of negotiations that have seen moments of optimism give way to even greater escalation. While the two sides have at times appeared close to a deal, China has balked at U.S. demands for market-based reforms in areas like state-run enterprises that could jeopardize the Communist Party’s grip on power.

“China called last night our top trade people and said let’s get back to the table.”

The developments came after a weekend of tit-for-tat tariffs had rocked financial markets and fueled fears that the standoff would drag the global economy into recession.

Beijing’s retaliation on Friday to an earlier U.S. tariff hike led to yet another increase from Trump, who said that existing 25% tariffs on some $250 billion in imports from China would rise to 30% come Oct. 1, the 70th anniversary of the founding of the People’s Republic of China. Morgan Stanley warned that the spiral of trade measures could result in a global downturn within nine months.

Trump on Monday said the two countries were now dealing on “proper terms.”

“That’s a great thing that happened, and they want to get something done,” Trump said. “Now maybe it won’t get done, but this is the first time I’ve seen them where they really do want to make a deal, and I think that’s a very positive step.”

China has consistently agreed to engage in talks even with tariff escalations taking place. A round of negotiations that had been planned for September had not formally been called off after Trump pivoted to further tariff increases even after an apparent detente between the two sides in Shanghai last month.

Great respect for the fact that President Xi & his Representatives want “calm resolution.” So impressed that they are willing to come out & state the facts so accurately. This is why he is a great leader & representing a great country. Talks are continuing!https://t.co/0sotrd1Mzh

China’s stance now has been referred to as “talking while fighting,” and officials continue to pledge that they’ll meet Trump’s trade measures with their own response even as they stress readiness to negotiate.

China’s retaliatory measures from Friday aim at the heart of Trump’s political support -- factories and farms across the Midwest and South at a time when the U.S. economy is showing signs of slowing down. Soybeans and other agricultural goods were targets, as were autos from Daimler AG and BMW AG that are made in the U.S.

Trump tweeted over the weekend that the U.S. “would be far better off” without China, and claimed he could order U.S. businesses to withdraw from the country.

China will follow through with retaliatory measures announced Friday and fight the trade war to the end, after the U.S. failed to keep its promises, the Communist Party flagship newspaper People’s Daily wrote in a Saturday editorial. Later, the Editor-in-Chief of the nationalist Global Times, Hu Xijin, said on Twitter that the U.S. is “starting to lose China.”

China has 'lost' the US already: all-round high tariffs, Huawei ban, political hostility, Hong Kong, Taiwan... We're facing a completely different United States. We have nothing more to lose, while the US is just starting to lose China.

Taoran Notes, a blog run by the state Economic Daily, said Monday that Liu’s remarks showed that China is not being “taken hostage by emotions.” At the same time, the blog said that this stance didn’t preclude fighting back.

Trump’s comments from Biarritz were met with skepticism in Beijing.

“Trump pays great attention to the stock market’s performance,” said Gai Xinzhe, non-resident research fellow at the China Institute for WTO Studies at the University of International Business and Economics in Beijing. “Trump may want to use a vague description of the call to stabilize the market sentiment and ease pressure. We will see what happens next.” 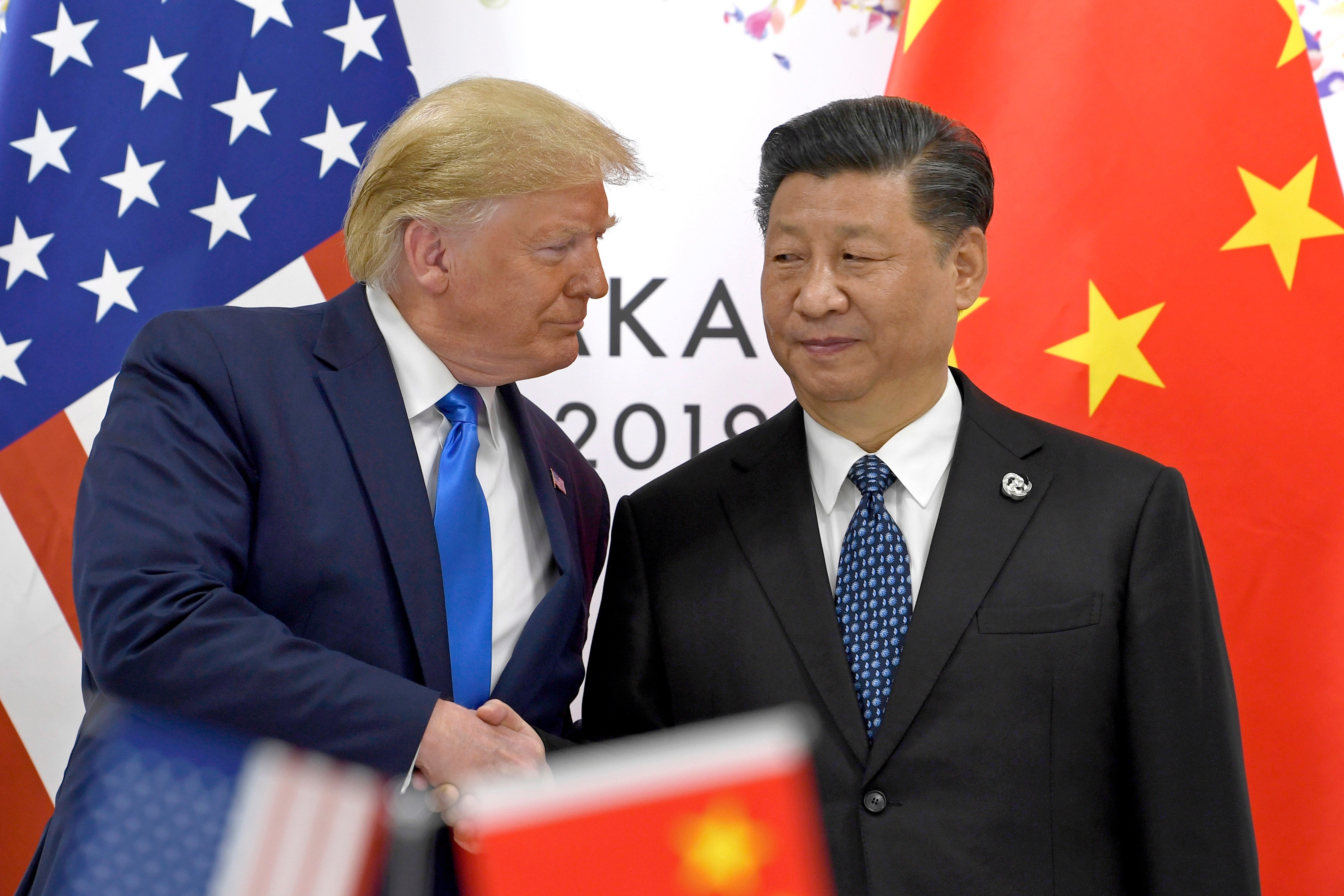 How do you think the U.S.-China trade feud will evolve?